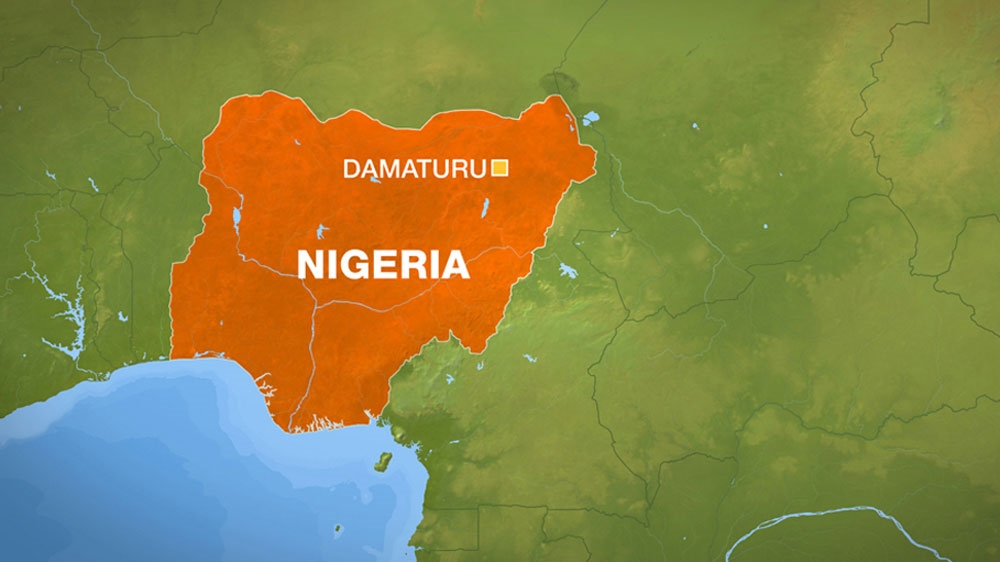 At least 19 people have been killed and 47 others injured by a suspected female suicide bomber who blew herself up in a crowded market in the Nigerian city of Damaturu.

No one claimed responsibility for Sunday’s explosion but the latest attack bears the hallmarks of the armed group Boko Haram.

Hundreds of people have been killed in bombings and shootings across northern Nigeria since Muhammadu Buhari was inaugurated as president on May 29.

He has made a number of changes aimed at tackling the insurgency, including the replacement of his defence chiefs.

Buhari moved Nigeria’s defence command centre to Maiduguri, the birthplace of Boko Haram, and has worked with counterparts in neighbouring countries to set up a multinational force with headquarters in Chad’s capital, N’Djamena.

Sunday’s attack in Damaturu occurred six days after a suicide bomber killed three policemen at a checkpoint on the city’s outskirts.

Earlier this month at least nine people were killed in the city by a female suicide bomber as worshippers gathered to mark the Muslim holiday Eid al-Fitr.

Boko Haram, which controlled large expanses of territory at the end of 2014 but have been pushed out of most of that territory by Nigerian troops in the last few months, with military help from neighbouring Chad, Niger and Cameroon.

Since then Boko Haram, which wants to form an Islamic state, has carried out attacks in Nigeria’s north as well as neighbouring countries.

On Saturday, at least 19 people were killed in a suicide bombing in the northern Cameroonian town of Maroua.