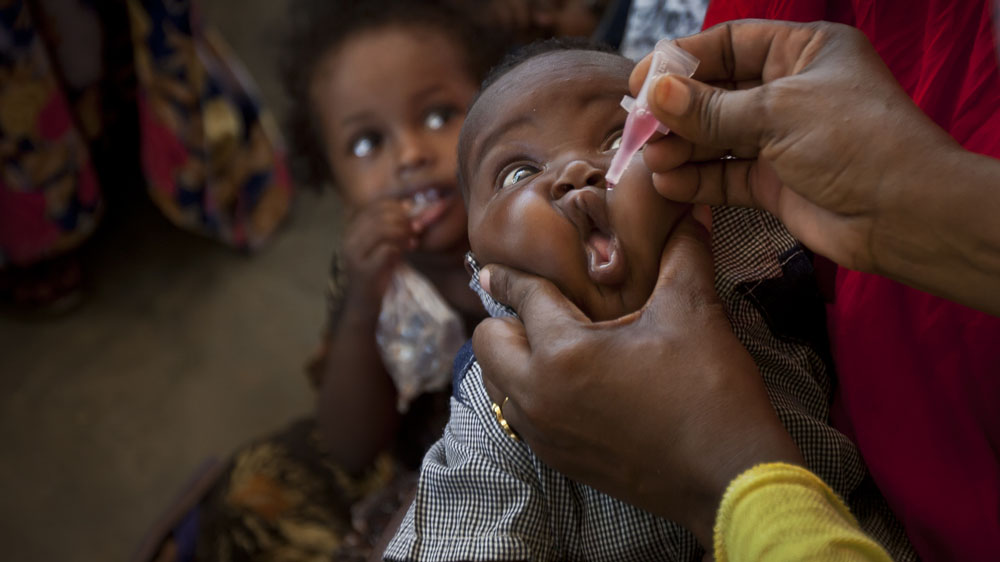 Mogadishu, Somalia – Unlicensed clinics and pharmacies with unqualified staff have been dispencing counterfeit and expired medicines that are making people sick and endangering the lives of Somalis.

The sick can be seen walking towards the hospital at dawn, before any other souls venture out onto the streets of Mogadishu. They move slowly, placing one shaky limb before the other, accompanied by the cool ocean breeze and the sound of crowing roosters.

Those with a dollar to spare take a tuk-tuk. They are all heading to a high-walled guarded compound in the relatively well-off neighbourhood in Mogadishu’s Hodan district.

These latest victims of Mogadishu’s thriving counterfeit and expired medication industry hope to get treatment at one of the few licensed hospitals in the city.

They are also the lucky ones.

Many people who are sickened by the dubious medication do not make it this far.

Every morning more than 50 patients gather to be seen by a doctor at doctor Osman Mohamud Dufle’s specialist hospital. Several among them are usually people who have suffered complications caused by the expired or counterfeit medication prescribed to them by unqualified health workers.

Osman Mohamud Muhumed was one of them and had come to this private hospital to seek treatment.

The 52-year-old had sought treatment for what appeared to be malaria, but ended up bedridden for six months after taking medication given to him by doctors at a clinic near his home just outside the city.

He could barely stand without assistance. Saggy skin with hardly any flesh shrouded his body, his breathing heavy and laboured as he recounted his story.

“I went to a clinic near my home. They gave me what they said was medicine,” he told Al Jazeera.

“At first the medicines did not work and then as I continued taking them as they advised me, it made my situation worse. They kept on telling me to continue taking them. It got so bad; the drugs almost killed me,” Muhumed said, his skeletal body looking lost on the hospital stretcher.

No one really knows how many patients fall victim to expired or counterfeit medication in Somalia.

In this seaside city of more than a million people, there is a clinic or pharmacy on almost every street corner. Most are unregistered and employ unqualified staff. Colourful murals on their walls and offers of cheap medicine help maintain a steady stream of customers.

Muhumed’s liver now barely functions – his body had to be cleansed of the toxic concoction he had ingested; his kidneys are not in much better shape.

Not far from the hospital where Muhumed was being treated, Nuurto Hassan Mursal sat with her palms on her cheeks and her legs crossed.

Mursal, a mother of 10, was handicapped by taking what she thought was medication to treat her severe migraine. She looked visibly sick as she sat in her crumbling two-bedroom house made of brick walls and a tin roof.

The medication had killed off all sensation in her feet and had covered her body with round white blisters that later turned to patches the size of golf balls.

But she was too traumatised to make another trip to any of the city’s hospitals.

“I can’t feel anything. I wouldn’t know if I walked on fire,” Mursal said. “It is like my feet are not part of my body,” she said pinching her feet to emphasise her point.

After her experience, hospitals and pharmacies are the last place she visits if she feels unwell. She prefers prayer to medication in seeking relief from an illness.

“I don’t want to risk it again. My children, when they are sick I don’t take them to hospitals either. The medicines they give you can kill you instead of healing you. I know better,” said Mursal.

Doctors feel powerless as traders flood the market with not just counterfeit and expired medicines, but also sub-standard ones. Doctor Dufle’s hospital, one of the biggest private clinics in the city, has seen firsthand what these drugs do to patients.

Every month more than 30 patients who have been given expired or counterfeit medicine, walk through the doors of his hospital.

“Expired and fake drugs have killed more than bombs and rockets. These drugs are silent killers,” Dufle said as he attended to a patient suspected of taking toxic drugs.

“They are worse than bombs because a bomb kills 10 or 20 people. But these drugs can kill hundreds of people and no one will hear about it,” Dufle told Al Jazeera.

Somalia’s health sector was decimated after the collapse of the central government in 1991. Until recently, the country’s ports were controlled by individuals who made it easy to import medicine through a simple monetary exchange.

But the government, which has been preoccupied with tackling security issues and taking back the territories controlled by al-Shabab fighters, is finally starting to turn its attention to this deadly trade.

Among the government’s efforts is a warehouse which has been built complete with air conditioning and cooling systems to store all drugs donated to the government by international organisations and other countries. Government inspectors check the medicines before distributing them to the hospitals in the city.

Doctor Abdirizak Yussuf, the director of the health ministry, inspects new shipments of donated medicines at the warehouse, which is located a short drive from the Mogadishu port.

“We have recently made it compulsory for all those importing medicines and who sell it to patients to register,” Yussuf told Al Jazeera.

“We also have before the parliament a drug policy bill which, when passed, will solve all these issues,” Yussuf said confidently.

The government’s efforts to curb the lucrative but deadly trade have been welcomed by doctors and health workers.

“It is about time someone did something about this awful trade,” Dufle said.

“The government should punish severely anyone caught with expired medicines with the intention of selling it to anyone. These drugs will continue to kill people if these people are not punished,” he added.

For Mursal, the government’s intervention has come too late.

“No, no, no. I will not advise anyone to take a chance and go to any hospital in this city. They will give you poison.”