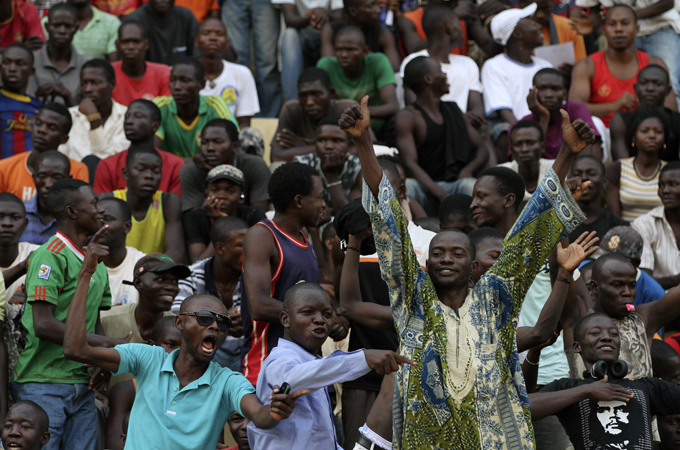 The Central African Republic’s highest court has overturned a decision by the transitional parliament that would have barred tens of thousands of refugees who had fled to neighbouring countries from voting in October’s presidential election.

The court, in a decision made public on state radio on Tuesday, said parliament’s June 30 decision to exclude refugees violated the 2013 constitution which gives every adult citizen the right to vote.

The UNHCR, the United Nations refugee agency, says there are about 460,000 Central African refugees who fled the religious violence that erupted after the mostly Muslim Seleka rebels seized power in early 2013.

About 80 to 90 percent of the refugees are believed to be Muslims who fled a backlash against Seleka’s 10-month rule by Christian rebels, known as the ‘anti-balaka’.

“The issue of technical and material organisation should not allow us to deny to Central African citizens who fear for their lives, their right to vote,” said the ruling by the Constitution Court.

The UNHCR and other UN humanitarian bodies had voiced concern about the transitional assembly’s decision.

The refugees represent the majority of Muslims from a Christian-dominated population of about 4.5 million people.

Members of the transitional assembly had argued that allowing refugees to vote could lead to electoral fraud as they said Seleka had distributed Central African identity documents to foreigners.

A common refrain in the ‘anti-balaka’-led reprisals against Muslims was that they were foreigners who had no place in the Central African Republic.

Interim President Catherine Samba Panza, who is due to step down at the elections scheduled for October 18, had opposed the decision by the transitional assembly and requested the court’s opinion.

The court noted that, under the country’s transitional charter, there is no appeal against its decisions.

An electoral census is under way in Bangui, the capital, and has been extended until July 27. No census of refugee populations have been undertaken in neighbouring countries.

In a sign of the violence still simmering in the country, the deputy prefect and the mayor of the western town of Baboua – on the main road from Cameroon – were kidnapped on Sunday by armed men, state radio said.

MINUSCA, a UN mission, said the rebel Democratic Front of the Central African People (FDPC) – a splinter group from Seleka led by Abdoulaye Miskine – was responsible for an increase in attacks in the region.

It said the driver of a UN food truck was shot dead in an ambush on Saturday.