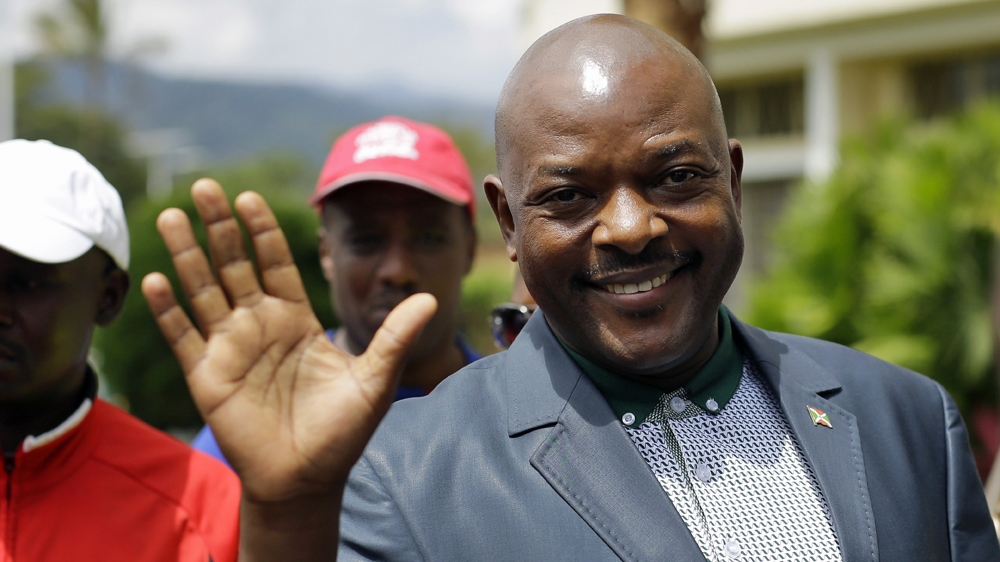 Burundi’s electoral commission has announced that President Pierre Nkurunziza won a new term in office after an election marred by violence and a boycott by the opposition.

Pierre Claver Ndayicariye, head of the electoral commission, told reporters on Friday that Nkurunziza had garnered 69.41 percent of the votes cast in the polls that took place on Tuesday.

Nkurunziza’s decision in April to seek a third term had plunged the small east African nation into its biggest crisis since an ethnically charged civil war ended in 2005.

The vote took place on Tuesday, despite calls by African leaders and Western powers for it to be delayed due to the tensions in the country.

A day after the election, however, country’s leading opposition politician called on Nkurunziza to hold talks with rivals and form a national unity government, saying it could help avert a new civil war.

A presidential official had told the Reuters news agency that Nkurunziza would not oppose forming a national unity government in the event of him winning the election.

“Some people think that a unity government can be a short-term solution for the stability of Burundi, but everybody knows that it is not a long-term one,” Al Jazeera’s Haru Mutasa said.

“Politicians don’t trust each other. It is hard for them to sit at the same table and work in the same government.”

Dozens were killed before the July 21 election, which saw weeks of demonstrations, a failed coup in May and clashes between rebel soldiers and the army as the government took harsh measures against opposition protesters.

The weeks of protests and violence has forced more than 175,000 people to take refuge in neighbouring countries.

Doctors without Borders told Al Jazeera on Wednesday that a refugee camp for Burundians in Tanzania was simply not coping with the number of new arrivals.

Amnesty International in a report said on Thursday that the police used excessive lethal force against protesters opposed to Nkurunziza’s bid for a third term.

The rights-advocacy group, in its report Braving Bullets – Excessive force in Policing Demonstrations in Burundi, said that authorities “repressed demonstrations as if they were an insurrection”.

“The United States is deeply disappointed by President Nkurunziza’s … use of undemocratic means to maintain power through an electoral process that was neither credible nor legitimate,” Kerry said in a statement.

“It is imperative that the government of Burundi re-engage in a meaningful, serious dialogue with opposition and civil society leaders to reach a consensus on the way forward for Burundi to regain the trust and confidence of its citizens and the international community, and prevent even greater instability, refugee flows, and violence.”