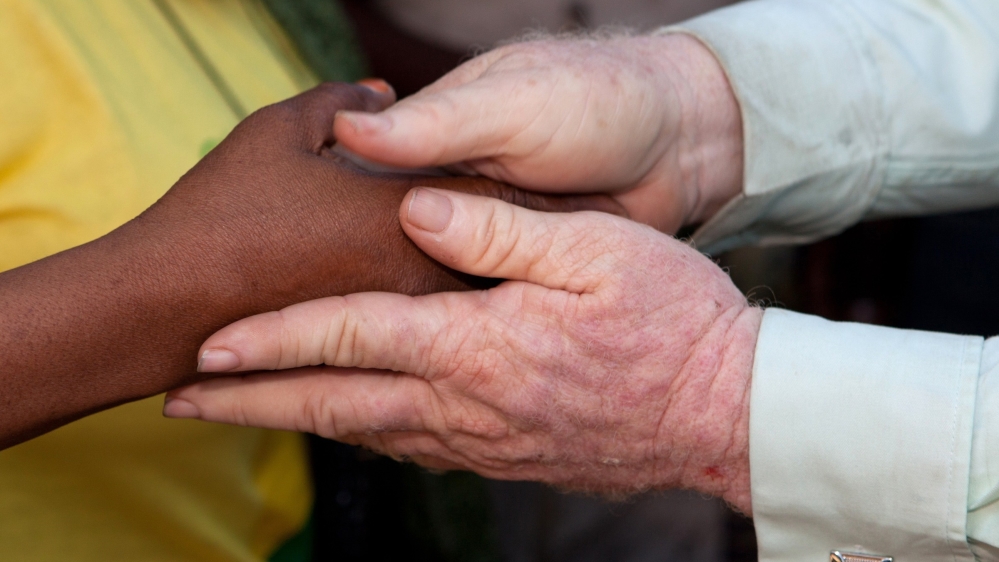 Dar es Salaam, Tanzania – “Doctor” Manyaunyau doesn’t know how he decides which cats’ heads he chews off, and which he chops off. According to him, the cat-killing is the work of “spiritual powers” that attack him and render him unconscious.

But as he ruminated on the matter from a house gifted to him by a re-elected Tanzanian minister who believes witchcraft saved his seat, he said he knows that his bloody spells really pay off.

“He’s here in a big position and a member of parliament, but I can’t say his name,” said Manyaunyau, claiming doctor-patient privilege as East Africa’s “perfect cure champion”, in the words of his personal website, which features grisly before-and-after kitten photos.

In 2010, the US-based Pew Research Center found that 93 percent of Tanzanians believe in witchcraft, the highest rate in Africa.

Manyaunyau – the sound cats are said to make when they meow – changed his name from Jongo Salum eight years ago, when he gave up gutting fish and driving a bus, and took over “doctoring” using cats from his grandfather.

“People gave me this name, as I am a friend of cats,” he said. Cats are considered bad luck in Tanzania, but some believe that they can bestow power if decapitated and their blood is drunk.

Although he said he kills three to four cats a month, he claims he could power his way through as many cats as life throws at him – unless it’s the holy month of Ramadan, when he abstains.

Manyaunyau would not name the politicians using his services, but was willing to speak about how many are requesting them ahead of Tanzania’s parliamentary and presidential elections in October.

“Most of my clients are members of parliament and also ministers,” Manyaunyau said, although this claim could not be independently verified.

“When the election comes, this is when us witchdoctors get a lot of respect, as all these politicians come running to us,” the witchdoctor said .

Manyaunyau offers his services despite a recent warning – the first of its kind – from Tanzania’s home affairs ministry, telling candidates not to use black magic to boost their campaigns.

There are few witchdoctors like Manyaunyau who focus on cats. More common in Tanzania are witchdoctors who target people with albinism – a congenital condition that makes eyes, hair, and skin paler, and that affects one in 1,400 people here in Tanzania – compared to just one in 20,000 worldwide.

Trapped in their own skin in a tropical country with fierce sunshine and black magic beliefs, albinos in Tanzania are routinely abducted, mutilated, murdered or sold alive to witchdoctors, who charge a small fortune for charms made from their body parts.

RELATED: Spell of the Albino

Fishermen believe that if they sprinkle the hair of someone with albinism on the water, fish will jump into their nets. Miners think that their blood is a “metal detector” that can help find new deposits. And for those seeking something stronger, like politicians, there are ground-up albino bones.

“For albino parts, the last person we arrested he had a piece, a hand… We asked him: ‘How much is this?’ He said: ‘I was expecting to get 100m shillings ($46,000) from this in Zambia,’” Home Affairs Minister Mathias Chikawe told Al Jazeera.

Many albinos fear going outside in daytime due to cancer-causing sunshine, but they also are wary to leave their homes at night, afraid of attacks ahead of campaign season.

“[Politicians] believe that if you want to become a successful member of parliament, you can use an albino part, and it’s not true,” said Chikawe.

“If in 2015 you believe that you will be rich because you have the hair of an albino, or a body part, then you really need to go back to school,” Chikawe said.

But in a country where two-thirds of the population live in poverty, the only people capable of paying up to $75,000 for albino parts, or up to $350,000 for a live person, would be those who run the country, said Vicky Ntetema, a former journalist who went undercover in 2008 to expose the deadly trade.

“It’s the rich people, it’s the famous people, it’s people with political and economic power who have that kind of money,” Ntetema said.

Ntetema now manages a Canadian charity, Under The Same Sun, which helps people with albinism. She explained that witchdoctors sometimes cover politicians’ hands with powder from the bones, showing photos of witchdoctors “treating” sitting MPs holding out chalky hands at a public rally.

“[Politicians] buy the witchdoctors four-wheel drive [vehicles]. They even build hotels for them. They keep quiet, continue to consult them, and they are safe – and that is why there is no law that bans witchdoctors in this country,” she claimed.

Tanzania’s Witchcraft Act, most of which dates back to 1928, is vague in defining “sorcery, enchantment, bewitching, the use of instrument of witchcraft, the purported exercise of any occult power”.

“[The law] is not effective as first of all, it’s colonial, even in defining witchcraft. It protects witches, according to some,” claims Simeon Mesaki, a retired professor of anthropology at Dar es Salaam University.

In Tanzania, murder cases have to go up through the court of appeal and president, as the punishment is death. This means the cases cost a lot of money and, according to Mesaki, take more than five years to try.

Chikawe, a former prosecutor, said cases can take even longer than that. But he counters claims that Tanzanian police drop witchcraft cases for fear of revenge – from both the living and the dead – and by the large amount of paperwork required for such cases.

‘I want to be a witchdoctor’

However, survivors of attacks hiding at a high-walled, heavily guarded and electric and razor-wired safe house run by Under The Same Sun on the outskirts of Dar es Salaam say known killers were set free.

Aged nine, David – whose real name has been changed for his protection – told his father and stepmother about the man following him and trying to entice him to his home.

“When I came home, he was on the porch, eating dinner, although it was raining,” said David, who had to wait on him.

When the man pulled out a machete, hacking wildly at David, he screamed for his father and stepmother to help. But they just watched from the door. After David kicked him in the groin, the man ran away with David’s fingers. David ran away from home along with his brother.

Others at the shelter say relatives and life-long neighbours attacked them, or that their fiancées sold them to witchdoctors.

Albinos are not the only ones at risk.

The Legal and Human Rights Centre, a civil society organisation in Tanzania, estimates that on average 500 old women accused of being witches are killed every year.

Some of the claims that they are witches are based on the old women having rheumy eyes, while others seem to be motivated by inheritance greed and elaborate land grabs.

Meanwhile, as Manyaunyau tries and fails to summon witches using incense sticks, an egg, some white powder, and a badly hidden speaker, there is a knock at the door.

Yet it’s not witches “with the legs of cows and goats” who are seeking to enter, but his 13-year-old daughter, Nasira.

She said she couldn’t bite cats’ heads off because she is scared of them.

She is nevertheless eager to enter the business. “I want to be a witchdoctor. I want to get money,” she declared, chewing her lip.