There is a fundamental obligation in all armed conflicts (internal, international or mixed) for conflicting armies to define the enemy. This definition is often reviewed to take into consideration the complexity of the conflict, the nature of the enemy, and the resources at its disposal, its intelligence gathering capacity, its operational capability and its war efforts.  Without this definition, the danger is great, that military operations may be deployed towards the wrong targets, undermining the war effort, security policy and the perpetration of war crimes, crimes against humanity and genocide.

Although the definition of the enemy is the preserve of every army high command, the responsibility to conduct this highly sensitive assignment is conducted under civilian political supervision. The Head of State, Commander-in-chief of the Armed Forces, is holder of the constitutional mandate to defend the security of the state and its citizens. How this delicate assignment has been conducted in the ongoing war against Boko Haram in the countries engaged in this extremely complicated and unconventional war is hard to say. It will be unusual if anyone outside a Military High Command of any or all armies worldwide will ever know the definition of the enemy.  It is the most restricted document ever.  In any case, it is the very heart beat of any army; indeed, the lifeline of any country’s security and defense. If the document defining the enemy were to be captured or exposed to public scrutiny, the army involved in armed conflict may well surrender.  It will be futile to persist in battle under these circumstances.

This article does not seek a redefinition of the enemy in the ongoing war against Boko Haram out of the context of classical laws and customs of war, military law or humanitarian law, or the national security needs of each participating country.  I have relied on certain contextual factual and legal assumptions which make it impracticable for me to address the content or context of a participating army’s definition of the enemy.

However, considering that the war against Boko Haram did not happen in a vacuum, but within socio-cultural, religious and political contexts, it is but reasonable to urge the leaders and citizens of the countries afflicted by this vicious armed conflict to engage in robust public discussions about whom this enemy is and who it is not. Doing so, will enable protected populations, armless civilians and persons not participating in the war to know and appreciate the efforts deployed to protect them from the scourge of the senseless slaughter to which the ravaging criminal gang has subjected them with so far no visible end in sight. The discussion is also required to enable the citizenry and policy makers to identify the indicators, and the enabling environment that prompts the despair which entices our priceless youth to join this and other criminal gangs in the hope that they are a panacea to societal injustices suffered by them.

Citizens of the participating countries in the war against Boko Haram have for long been misinformed that Boko Haram is an organized group of uneducated religious perverts fighting against Western European education and alleged Western  European values.  This definition of Boko Haram seemed simplistic even at face value. The distain and opposition to Western Education and values presupposed a commanding knowledge of the said education and values.   The constituting members of Boko Haram cannot therefore reasonably be said to be uneducated youth at least in the supposedly Western European sense.  This is discernible from the manner they operate, their use of social communication, technology and the sophistication of their strategical and tactical military actions.

WHAT THEN IS BOKO HARAM?

The degree of sophistication of the operational capabilities, the organizational structures, the intelligence gathering ability and logistical efficiency of Boko Haram portrays it as a well-organized military organization with reasonable political objectives. Its ability to attack, capture and hold territory and a well-publicized resolve to carve out a caliphate in the territories within which it operates attests to this reality.

The religious motivation for the war is not enough to explain the wider objectives of Boko Haram to establish a caliphate in the territories it is fighting to control. The geo-political, economic, cultural, religious and environmental outlook of the said territories portray  its objectives as potentially wider than those portrayed or publicized over time.

Boko Haram overtime is emerging as a confederacy of distinct interests comprising various political actors in search of power and domination in the wider sub-region. Its territorial ambition stretches throughout the Africa Sahel, the Lake Chad Basin, West and Central Africa. As Boko Haram itself has acknowledged, it has a functional and ideological alliance to and subordinated to ISIS and Al Qaeda.

It may also be reasonably speculated that it has a functional alliance with local power seekers and power brokers. These opportunistically function as parts of the puzzle that sustain the campaign of terror that promises to significantly define the politics and future of the afflicted countries and societies within which it operates.  Boko Haram was and is a political factor in the local, national and international politics of the participating countries in this war.   This may explain the inability of politicians in the respective countries to appropriately or adequately address the underlying motivations and reasons that lead to components of the citizenry in the respective countries to take up arms against their own governments and fellow citizens, many of the victims, Muslims the religions they are alleged to fight to enthrone.

There can be no doubt that some politicians in some of the participating countries love and resent Boko Haram in equal measure. Some have benefited from the war politically and /or economically. Boko Haram has become a factor and fixture of national life in the participating countries. Some politicians actually rode on the back of the frustrations of disaffected Boko Haram youth to power. Having relied on them to wage campaigns of mayhem to undermine their political adversaries’ capacity and ability to end the devastation of the war and its underlying causes,  these politicians  are incapable of delivering on their campaign promises to end the war once in power.  They are even incapable of calling Boko Haram by its real names which are: misery, social exclusion, excruciating poverty, economic alienation and life of hopelessness.  They are incapably of doing so, for fear of being challenged to provide solutions to these enabling factors that pushed the youths into the welcoming hands of Boko Haram.

Strategically mischaracterizing a supposed enemy on whose back they rode to power, apart from being hypocritical, it negates the reality that Boko Haram did not just happen; it has been in the soul of our youth for so long. It will remain so, until governments come up with clear attainable programs to tackle this stain on our collective consciences.  To attain this objective, the governments must admit that “Bokoharamism” is now a reality and part of the national shame in participating states. This fact must be publicly acknowledged before realistically providing enduring solutions to the war and its underlying causes.

The jobless youths who have fueled the ranks of Boko Haram may not have been driven by ideology when they were sought and accepted to join. They did so due to a desire to seek sad alternatives to social exclusion and hopelessness.  Frustration arising from the policies and politics of exclusion that lead to lives without hope, societies without a future, and predatory vampirism of opportunistic selfish politicians are responsible for the revolt of these youths. These factors make them ready raw material for revolution within Boko Haram or other criminal gangs.

In societies where Boko Haram is not yet present, deep resentment of government expressed through the search for revolution resides in many jobless youths.   The ongoing campaign against Boko Haram not with-standing, many more youths will readily join armed gangs targeting their governments whom they rightly or wrongly consider to be the enemy.  With the promise of a better life fighting to change the institutions and governments that promised them hope and delivered misery and death, many of the youth similarly placed are but time-bombs of potential conflicts.  There is an impending need for urgent solutions to the problems that have made placed African youths on the path of revolt spewing devastating wars that have made the continent exclusive focus of humiliating international armed and judicial interventions.

As the battle for the soul of our youth intensifies, the war against Boko Haram is an opportunity for serious reflection on the factors that make these wars and senseless slaughter of Africans by Africans an eyesore of shame and humiliation.  There is impending need to rethink the very notion of governance and political power that have led to social exclusion, economic deprivation, joblessness, poverty, graft and corruption.   A majority of Africans, in particular the youth have no sense of belonging in the politics and governance of their countries.  Participation in the political life of their countries is elusive. The gains that independence promised are shortchanged for the protection of neo-colonial hegemonic economic interests and a guarantee of eternalizing power.  This leaves the majority poor, in particular the youth at the mercy of criminal gangs like Boko Haram, ISIS and Al Qaeda with competing ideological, political and economic agendas.

Boko Haram may be defeated at the battlefield but will never be defeated at the battlefields of the souls of our youth and our nations unless the underlying factors which led to the phenomena are identified and comprehensively redressed.  Failing this, the ongoing war may merely be scratching the surface of a wound on the collective and individual conscience of our countries and continent. If the youth are the leaders of tomorrow as some of the political leaders in the participating states who are in the very evening of their lives love to say, then the war again Boko Haram will be lost if these countries fail to wage a war to win the heart and mind of these youths.

There must therefore be a well laid out national policies for a grant of amnesty for Boko Haram combatants lay down their arms and be integrated into their respective communities. Additionally and significantly, African governments must establish policies that alleviate poverty, and place a majority of African people at the very center of governmental policies.  The ideological and policy motivation for the battle against Boko Haram must be to rescue the souls of our youth from the fangs of Boko Haram and policies that make “Bokoharamism” possible.

*Chief Charles A. Taku, a distinguished author and Pan-Africanist is currently a lead counsel at the ICC at The Hague

Women in Africa’s top brass: it’s not just about the numbers 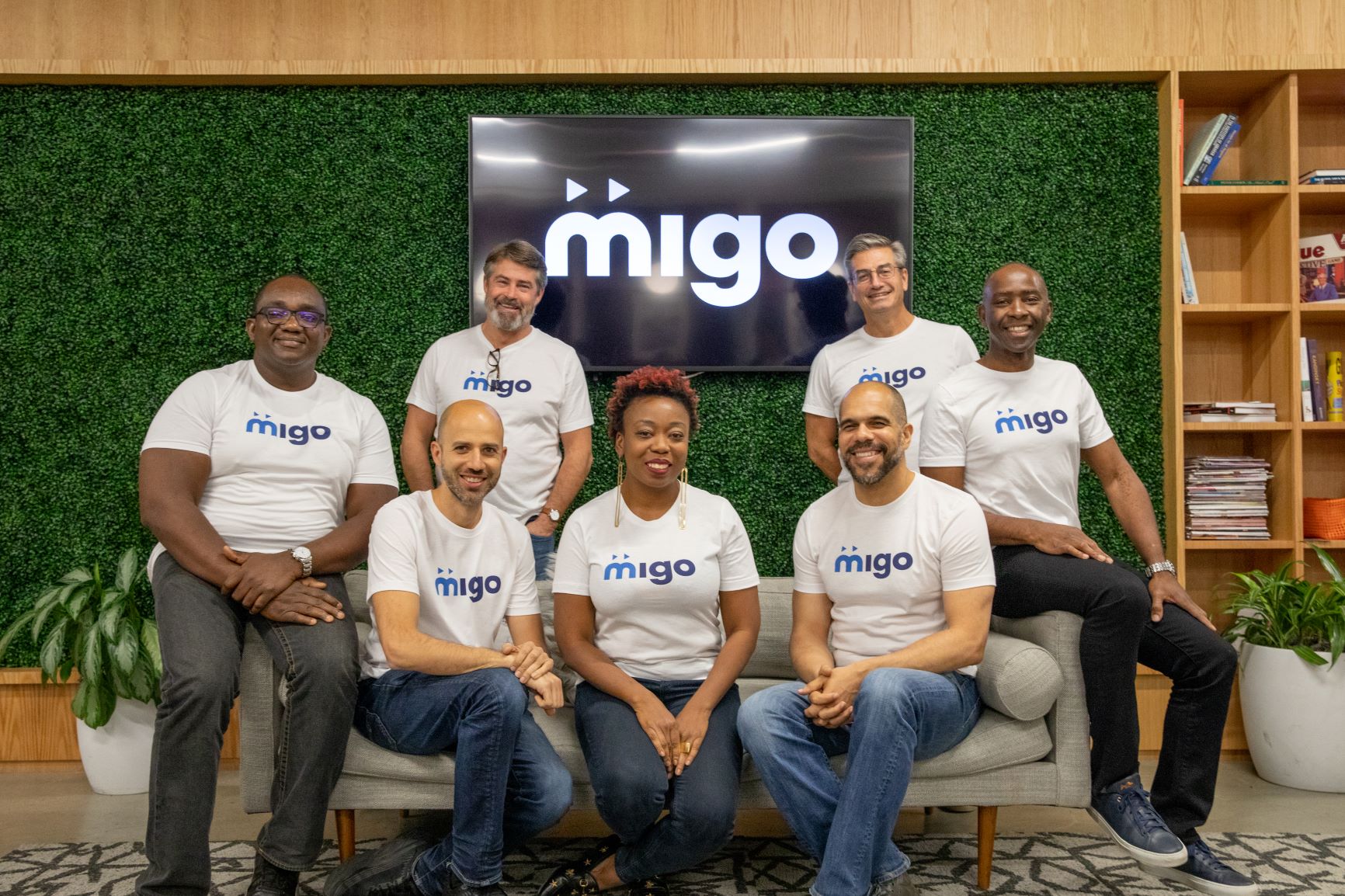