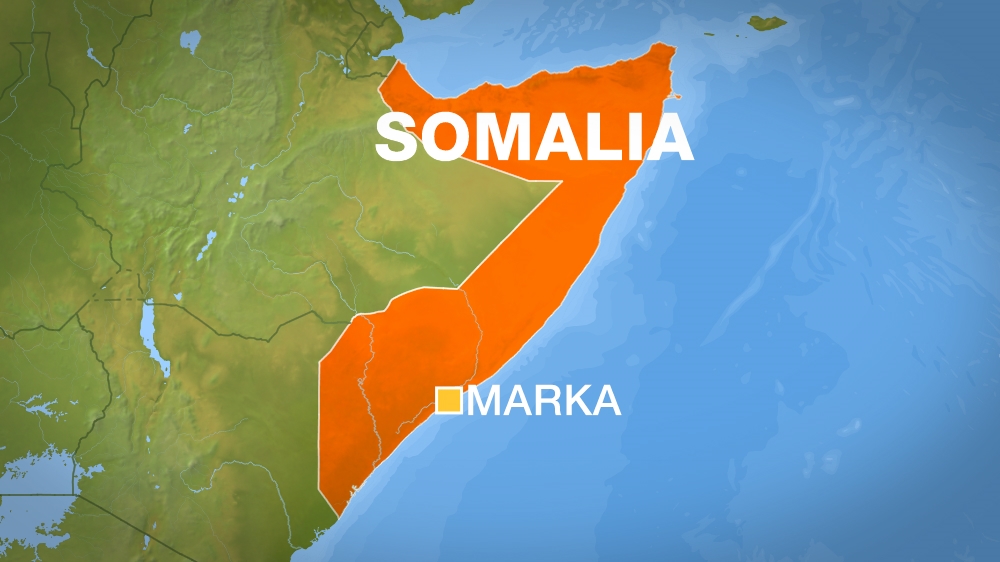 At least 24 civilians have been killed and 22 others injured in the southern Somali town of Marka after troops from the African Union opened fire on unarmed residents, local residents and a health worker have told Al Jazeera.

The soldiers driving armoured vehicles went to a sports grounds then opened fire on boys playing football there killing nine and wounding eight, Haji Muse Mohamud, an elder in the town, told Al Jazeera by phone on Tuesday from the coastal town in Somalia’s Lower Shabelle region.

“They then went to the nearby houses where they dragged people out and shot dead seventeen people. They also left 14 people badly injured,” Mohamud said.

Mohamud also alleged that the soldiers, who are part of the African Union Mission in Somalia (AMISOM), “raped two women”.

Most of the injured were taken to the capital, Mogadishu, about 109km away from the town.

“It was a massacre of innocent people. We took the injured on wheelbarrows to the hospital, but we had to send many to Mogadishu because we could not treat them,” Mohamed Ali, a health worker in the town, told Al Jazeera.

“These people did nothing to deserve this. If they [AU troops] want to fight al-Shabab they know where they are, they should go fight them, not the innocent people,” Ali said.

Many residents have fled the part of the town where the deadly incident took place, locals said.

This is not the first time, the troops have been involved with incidents like this one. Last year they were accused by residents and officials of firing on protesters in the town injuring at least six people and damaging dozens of properties.

Currently 22,000 troops from Burundi, Uganda, Kenya, Ethiopia and Djibouti are in the horn of Africa country to battle the al-Qaeda linked armed group, al-Shabab which calls for a strict version of Sharia law.

The rebel group often carries out deadly attacks in southern and central Somalia.

Last month more than 50 soldiers from Burundi who are part of the AMISOM were killed in the smal town of Lego in Lower Shabelle region when hundreds of fighters from al-Shabab attacked their base at dawn.

Al Jazeera contacted the AMISOM office but received no response at the time of publishing this article.