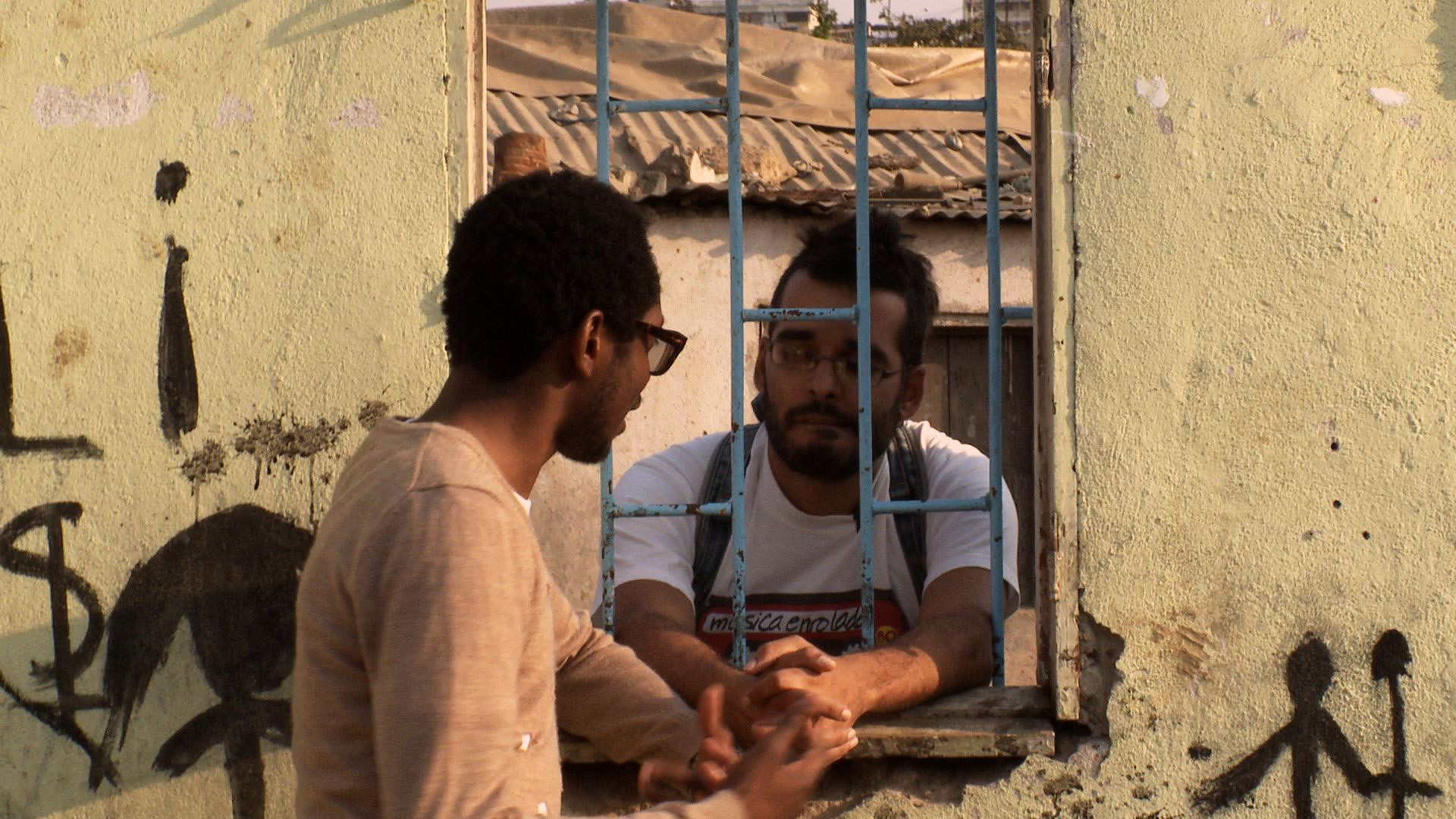 On a Saturday afternoon last month police raided a house in Luanda, the capital of Angola, and dragged 16 people out at gunpoint, covered their heads in hoods, and drove them away. They have been held in solitary confinement since June 20.

According to witnesses, the group had gathered for a weekly book club, where they were studying Gene Sharp’s “From Dictatorship to Democracy”, a “rulebook” for non-violent revolution.

Angolan Attorney General Joao Maria de Sousa stated two weeks ago that all 16 people were “caught red-handed while committing crimes against the security of the state”.

Most of those arrested are activists, part of a small but growing movement that has begun to question the monopoly on power held by Angola’s ruling party and former liberation movement, the Popular Movement for the Liberation of Angola (MPLA).

The country is led by President Jose Eduardo dos Santos, who inherited the position 36 years ago, making him one of the world’s longest-serving leaders.

Over the past decade, Angola has been heralded by many as a shining example of “Africa on the rise” – one of the fastest-growing economies in the world, whose oil-boom wealth has even extended to bailing out its former colonial ruler, Portugal.

Yet Angola’s ruling elite has been responsible for rampant and well-documented corruption, converting national resources into private capital.

Most Angolans struggle to survive on less than $2 a day. Access to adequate healthcare, water, education, and housing is poor; child mortality is extremely high.

“The MPLA has failed to deliver on its promises,” said Antonio Tomas, an Angolan anthropologist at South Africa’s Stellenbosch University.

“But people see no viable alternative. We are still in a phase where people say: ‘We have nowhere to sleep, we have nothing to eat, but we are alive,’” Tomas said.

Such attitudes, which partly explain the scarcity of public protest against the government, are the legacy of four decades of conflict and a reluctance to provoke a return to war.

Then there is the enigma that surrounds the events of May 27, 1977, when an alleged coup d’etat – some say it was just a protest – led to a violent, nationwide crackdown in which thousands died.

The MPLA has never openly discussed the massacre, and those involved have never faced justice. The “vinte e sete de maio” – the 27th of May – has become a traumatic taboo and a powerful deterrent to protest.

For younger Angolans, however, the war is a distant memory and the 27th of May is more of a conundrum than a trauma.

A small number of people have been protesting since 2011, but have increasingly been persecuted.

“However … the authorities have in practise consistently ignored the rights guaranteed in the constitution, and are now more and more openly implementing a dictatorship under the disguise of a formal democracy,” Rimli said.

The collapse in global oil prices since last year has severely jeopardised the Angolan economy, in which oil exports account for three-quarters of government revenue.

In February, the government was forced to dramatically revise its budget, and the state oil company, Sonangol, was feared to be on the brink of bankruptcy.

In May, dos Santos made a personal visit to China, where he reportedly asked for a moratorium on debt repayments and for a new credit line.

The MPLA’s financial resources, for so long the key to its hold on power, are under threat.

“The MPLA’s rhetoric has always been this: UNITA [the former guerrilla movement and main opposition party] destroyed the country in the war and we, the MPLA, are rebuilding it,” said Tomas. “What are they going to do if they can’t maintain this narrative?”

US dollars – to which the Angolan currency, the kwanza, is pegged – are already in short supply.

For ordinary Angolans, the crisis has led to a 30-percent drop in purchasing power this year. Inflation continues to drive up the price of food and consumer goods, and the withdrawal of a fuel subsidy has led to an increase in petrol prices – Angola exports crude oil, but imports refined oil products.

The activists’ arrests is seen by many as a related act: both a pre-emptive strike against dissent, and “a tactic to divert public criticism”, as Rafael Marques, an investigative journalist who chronicles government corruption in Angola, puts it.

“Without oil money, the system for controlling power is crumbling away,” Marques said.

The crackdown on dissenting voices spreads far beyond the capital city.

In March, a prominent human rights activist, Jose Marcos Mavungo was arrested in the oil-rich enclave of Cabinda – an area over which the government exerts tight control.

Then, in April, rumours began to circulate of a massacre in the central province of Huambo. The area was quickly cordoned off, keeping out journalists and human rights observers, and police claimed they had been attacked by members of a sect called Luz do Mundo – Light of the World, an offshoot of the 7th Day Adventist Church.

But videos filmed on a mobile phone soon appeared online, showing evidence of a bloodbath at the hands of the police.

Dos Santos has publicly supported the police and denounced the cult and its leader Jose Kalupeteka as “a threat to peace and national security”.

Independent human rights observers and journalists allege that several hundred people might have died, and the police now admit to having killed 13 people.

“It’s a strategy to discourage participation in organisations that mobilise opposition [to the ruling party],” said Marques of the nationwide crackdown.

In May, he himself was handed a six-month suspended sentence in libel proceedings brought by a group of MPLA generals objecting to his book “Blood Diamonds” – a detailed allegation of modern-day slavery in the diamond mines they own.

The Angolan government did not respond to requests for comment, but during his opening speech at the third extraordinary session of the MPLA’s central committee last week, dos Santos made an ominous reference to the detainees.

“We should not allow the Angolan people to undergo the dramatic events of the May 27, 1977 coup,” he said, making an unusual and pointed allusion to the massacre that haunts the collective Angolan memory.

‘Afraid of books and kids’

Details of the arrests – and in particular the involvement of a book club – were quickly made public online and there has been widespread criticism and even mockery of the government’s position.

“Arrest me: I also think,” wrote another Angolan author.

A cartoon by Angolan political cartoonist Sergio Picarra shows two young men carrying books – The Constitution and The Law – being led away by police. In the background, bystanders wonder if it was their “smile that was revolutionary”.

“I think the intention was to draw attention away from the government’s failings,” said Claudio Silva, who runs a start-up website called Luanda Nightlife and is a friend of the detained activists.

“But if their idea was to instil fear in people, the arrest of 15 youth activists [the 16th person arrested was the author of a book the book club was reading] has had the exact opposite effect. It shows people that the regime is erratic – and vulnerable,” Silva said.