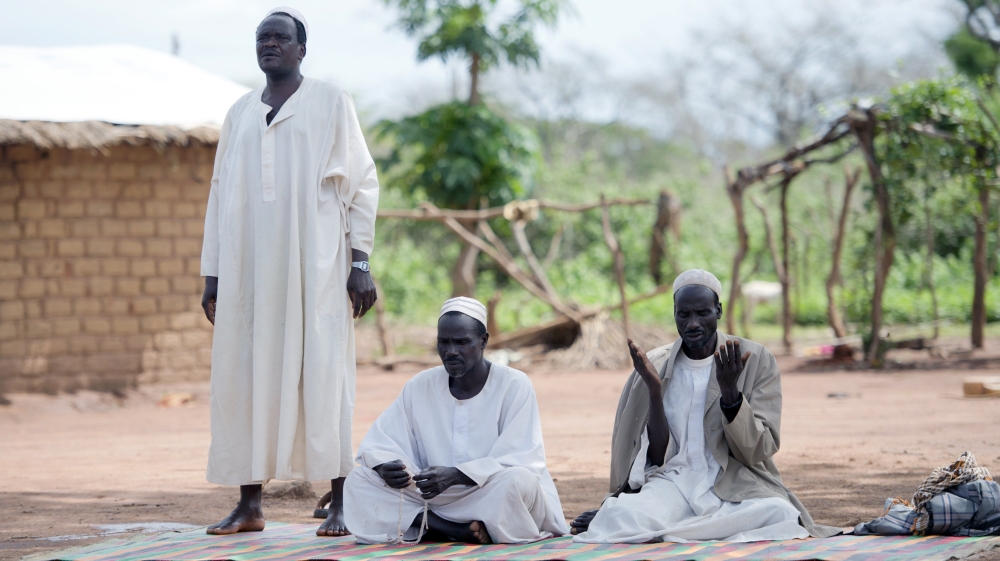 Militias have taken advantage of the political vacuum in Central African Republic (CAR), engaging in ethnic cleansing towards Muslims in a bid to erase the community from the country, human rights group Amnesty International has said.

Discussing Friday’s report, entitled “Erased identity: Muslims in ethnically cleansed areas of the Central African Republic,” Joanne Mariner, a senior crisis response adviser at the UK-based organisation, told Al Jazeera that Muslims in the western half of the country were being repressed and forced to abandon their religion.

More than 30,000 Muslims are living in seven enclaves guarded by UN troops across the country, but for those living outside, especially in rural areas, they are being targeted with impunity, the report found.

“They not allowed to express themselves as Muslims; if they are outside the enclaves, they cannot pray, dress in any way that identifies them as Muslim,” Mariner said.

“Their survival depends on a daily routine of negotiation with anti-Balaka fighters.”

More than one million people have been displaced since Muslim-led Seleka rebels took control of Bangui, the capital, in March 2013.

Following a spate of abuses by the Seleka rebels, vigilante groups known as anti-Balaka (anti-machete) emerged to fight off the new leadership.

But the anti-Balaka, made up of animist and Christian fighters, also targeted the country’s Muslim minority, seen as sympathetic to the Seleka.

Amnesty’s report, based on a series of interviews with residents across CAR, says militias “unleashed a violent wave of ethnic cleansing aimed at forcing Muslims to leave the country”.

“The continued insecurity and threat from the anti-Balaka comes from there being an absence of a state,” Marina said.

Though violence in CAR has tapered off since late 2014, the country remains largely insecure.

The collapse of the state apparatus and the fragility of the transitional government have left parts of the country to the mercy of militia groups in the hinterlands.

Concerns remain that despite the perceived calm, the root causes of the crisis have yet to be addressed.

Amnesty’s report comes just days after the International Rescue Committee said CAR “needs a new start, or it will become the case study of a failed state”.

In April, a US envoy said that almost all of the 436 mosques in CAR have been destroyed in the violence. Samantha Power, US ambassador to the UN, called the devastation “kind of crazy, chilling”.

Amnesty said in Friday’s report that none of the mosques outside Bangui, and the town of Carnot, have been repaired or rebuilt.

One of the “clearest signs of the intensity of sectarian animus was the destruction of the country’s mosques,” the organisation said.

More than 6,000 people have been killed since the crisis began in March 2013.

“The key challenge is a lack of security. The government understands they have a long way to go [but] they need to be able to assert control over these far flung areas,” Mariner said.

The International Committee of the Red Cross (ICRC) said this week that more than 1,000 people were still looking for their loved ones, a year after after being separated from them during the wave of violence.

“In this part of the country, very few families have been spared the pain and uncertainty of being separated from loved ones,” Scott Doucet, head of the ICRC sub-delegation for the west of the country, said.

The UN says that that 2.7 million people, more than half the population, are still in need of aid, while 1.5 million people were affected by food insecurity.

Meanwhile Doctors without Borders (MSF) has previously described the country to be in a state of a protracted chronic health emergency.

CAR has been led by a transitional government since January 2014. The country is schedule to hold presidential and parliamentary vote scheduled on October 18.