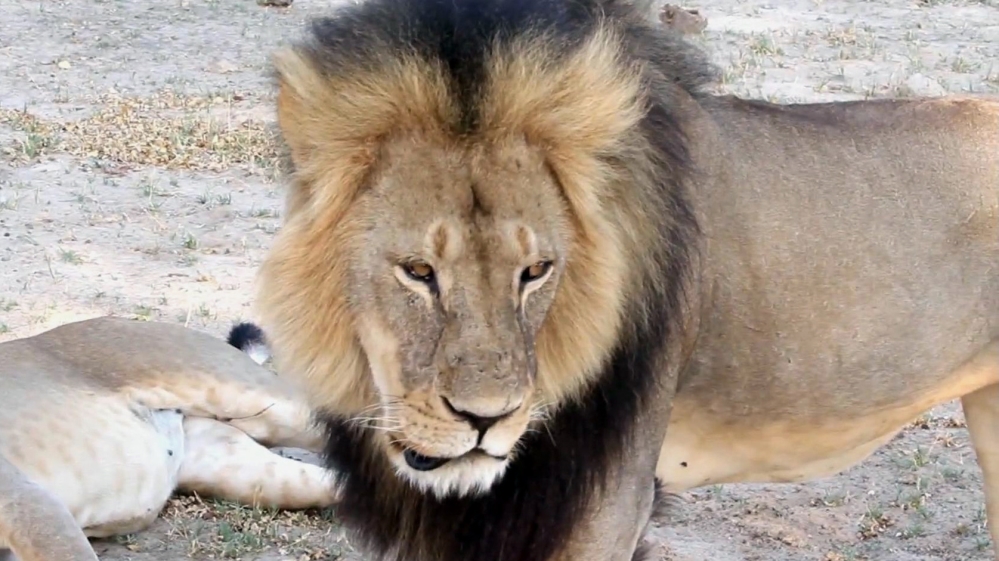 Wildlife officials have accused an American hunter of killing Cecil, one of the oldest and most famous lions in Zimbabwe, without a permit after paying $50,000 to two guides.

The lion was lured out of Hwange National Park using a bait and was shot by Walter James Palmer, Johnny Rodrigues, chairman of Zimbabwe Conservation Task Force (ZCTF), told reporters.

Palmer, a dentist from Minnesota who received widespread criticism on social media for killing Cecil, said on Tuesday he had hired several professional guides who secured permits for his bow hunting trip and deeply regretted taking the lion.

“To my knowledge, everything about this trip was legal and properly handled and conducted,” Palmer said in a statement posted on the Star Tribune newspaper website.

Bronkhorst and Ndlovu will face poaching charges on Wednesday in Hwange for the lion’s killing on July 1, he said.

Palmer said he had not been contacted by authorities in Zimbabwe or the United States and would assist in any inquiries.

“I had no idea that the lion I took was a known, local favourite, was collared and part of a study until the end of the hunt,” Palmer’s statement said. “I relied on the expertise of my local professional guides to ensure a legal hunt.”

Palmer’s hunting has attracted scrutiny in the past. In 2008, he pleaded guilty to lying to a US wildlife agent about a black bear he killed in Wisconsin two years before.

Palmer was accused of killing a bear outside his permitted zone, hauling the carcass back into the approved area and certifying falsely that it was killed there. He was sentenced to one year probation and fined $2,938.

Comments posted on Twitter about Palmer included, “You are a disgusting excuse of a human” and “when does hunting season start on Walter Palmer.”

Cecil, a distinctive black-maned lion, was a popular attraction at the Hwange National Park and had featured in many photographic shoots.

Cecil’s head and skin were recovered and would be used as evidence in court, Rodrigues said.

Travers told Al Jazeera that lion numbers “are on a precipitous decline and trophy hunting is one of the causes of that decline”.

Lions are not a protected species in Zimbabwe. If convicted, the two men would be required to pay $20,000 in compensation but the court may impose an additional jail term.

Investigations show the killing of Cecil was illegal because the land owner was not allocated a lion on his hunting quota for 2015, Zimbabwe Parks and Wildlife Management Authority (ZPWMA) and ZCTF said in a statement.

“Therefore, all persons implicated in this case are due to appear in court facing poaching charges,” the conservationists said.

Zimbabwe issues annual permits allowing foreign hunters to kill wildlife like the elephant, buffalo and lion, saying this allows it to raise money for conservation.