Washington (AFP) – President Barack Obama’s keenly-awaited trip to Africa this week comes as the US superpower’s military footprint on the continent is growing.

But US diplomatic and trade ties in Africa have not kept pace with defense cooperation, and lag far behind those of Europe and China. 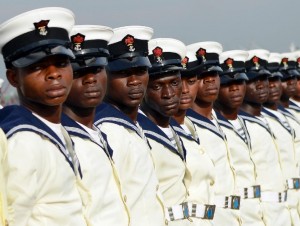 Compared to its large-scale bases in Europe and Korea, and ongoing operations in the Middle East and Afghanistan — the US deployment in Africa is discreet.

Indeed, the US military’s Africa Command is still based in Stuttgart, Germany, having failed to find a suitable host country on the continent itself.

The United States has also deployed a joint task force in the Horn of Africa that operates from a base in Djibouti and carries out missions in the broader region.

In sub-Saharan Africa itself, the US military concentrates efforts on training and supporting local forces in the battle against extremist militant groups.

“Our efforts on the African continent are all about creative and innovative ways to have small –- very small elements to advise and assist and support the African nations — doing that,” AFRICOM commander General David Rodriguez said last year.

He acknowledged most African countries would not welcome a large US military presence on their soil, and said US forces would instead help build up local armies to face mutual enemies.

The exception to this rule is the Djibouti base, which houses 3,200 US personnel, including units able to launch drone strikes and commando raids against jihadist targets in Yemen and Somalia.

US non-profit group the Bureau of Investigative Journalism estimates that in the past four years US forces have conducted between 10 and 14 drone strikes in Somalia and conducted between eight and 11 secret missions.

In Niger, 200 US personnel have been assigned to assist the French forces of Operation Barkhane against the jihadist groups roaming the Sahel desert.

Up to 300 special forces and other US experts can be assigned at any one time to central Africa — based largely out of Uganda — to help track down Joseph Kony’s Lord’s Resistance Army rebels. 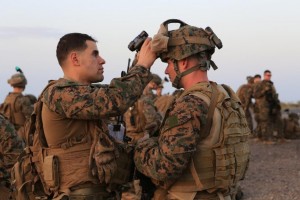 But while military action occasionally grabs the headlines, the inroads made by America’s great power rival China go deeper — as Beijing gathers African raw materials and invests in industry and infrastructure.

And the African countries who benefit most from AGOA are not fledgling manufacturers or financial services hubs, but crude oil exporters like Angola and Nigeria.

Recent steep falls in the price of oil — in part due to US success in developing its own shale oil — helped force Africa’s exports under AGOA down by 47 percent last year.

Meanwhile, the broader engagement by resource-hungry China and Africa’s former colonial powers in the European Union saw their trade with Africa hit $200 billion and $140 billion respectively.