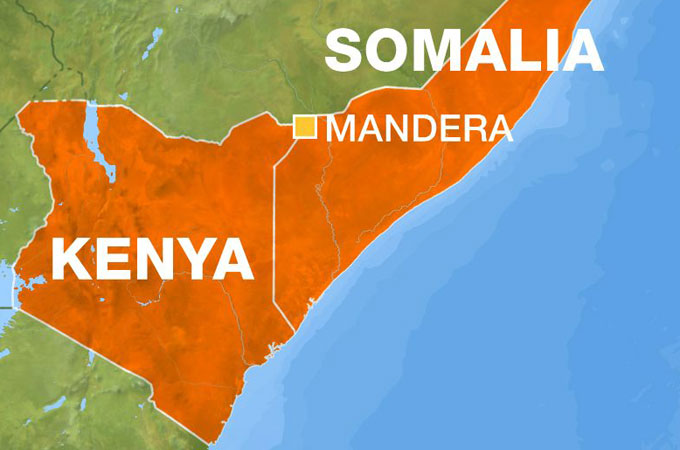 At least 14 people have been killed and 11 others injured after a group of armed men attacked quarry workers in northern Kenya, officials said.

The attackers, suspected to be al-Shabab fighters, stormed two plots adjacent to each other in Mandera town and opened fire at people, mostly workers, early on Tuesday morning.

“The attack occurred at a village near a large livestock market just outside the town, 14 people are dead,” a senior police officer told the AFP news agency.

Abbas Gullet, secretary-general of the Kenya Red Cross, told Citizen Television that four of the injured would be evacuated to the capital, Nairobi, for medical treatment.

“This [is] … what we understand, [they] were quarry workers. They were sleeping when they were attacked in the early hours of this morning,” Gullet said.

Last month, 11 suspected al-Shabab fighters were killed in a firefight outside a military camp in southeastern Kenya’s Lamu County, according to military sources.

Military spokesman Colonel David Obonyo said the attack took place in the town of Baure, close to the Somali border.

The Somalia-based armed group has carried out several attacks in Kenya in retaliation over the country’s military involvement in Somalia.

RELATED OPINION: Why al-Shabab has gained foothold in Kenya

The most significant attack this year was in April, when Al-Shabab fighters killed 148 people at a university in eastern Kenya.

Four al-Shabab gunmen stormed the Garissa University College at dawn on April 2. The attack went on for hours before it was finally ended by a specialised police unit and the four men were killed.