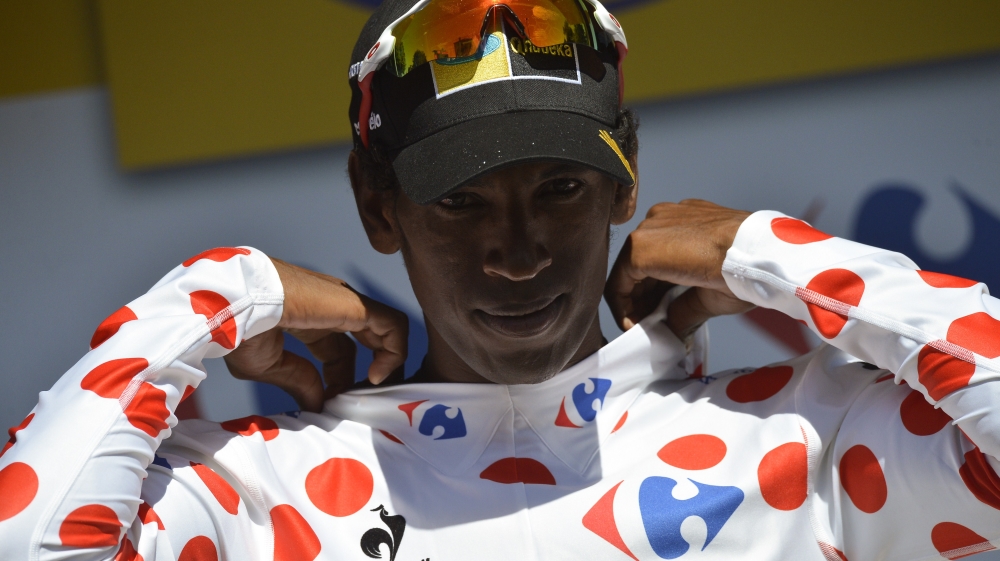 The racist abuse suffered by one of the African riders at this year’s Tour de France would not deflect from its success in establishing Africa’s place in world cycling, the man who founded the first African team to race in the premier cycling competition, has said.

MTN-Qhubeka team founder Douglas Ryder said on Friday that Eritrean Natnael Berhane was upset at being called a “nigger” by Belarussian Branislau Samoilau as they raced alongside each other, but had rejected suggestions he be disqualified.

“The Commissaires’ Jury spoke to both riders and their teams,” a spokesman for UCI, the international cycling body, said.

“Everyone agreed that it was unacceptable, and the rider apologised and offered to donate one month’s salary to team MTN-Qhubeka’s foundation.”

MTN-Qhubeka’s Eritrean rider Daniel Teklehaimanot became the first black African to wear a leader’s jersey at a grand tour when he claimed the polka dot jersey for best climber on Thursday’s sixth stage of the Tour de France from Abbeville to Le Havre.

But celebrations were soured when news came through of Samoilau’s comments to Berhane.

The incident was the talk of the peloton at the start of the Tour de France’s seventh stage on Friday.

“Hopefully it was an isolated incident and although Natnael was pretty upset about it at the time, he is fine now,” Ryder told Reuters.

“It’s sad that every conversation I have today is around racism and around being bullied in the peloton.

“The team has done an amazing job in this race but everybody wants to talk about this. The UCI wanted to kick him out of the race and Natnael was, like, ‘no it’s fine and he can race’.”

Martin Rosender, spokesman of the Tour of Austria, said the incident had been handed to the sport’s governing body.

“The Belarussian rider has apologised though he said there was a language problem, he didn’t mean it like this.”

South African businessman Ryder founded the team eight years ago and said Thursday’s incident should not be allowed to overshadow the progress demonstrated on Thursday.

“Yesterday was a day of highs and lows but we are just really proud to show that African cycling belongs on the European circuit,” he said.

“It was an incredible day for South Africa, Eritrea and Africa as a whole as we showed the potential we have to compete at this level.

“This is not a European sport. It’s for the whole world and it’s amazing that we are here and can show the performance of the riders and how good they are.”