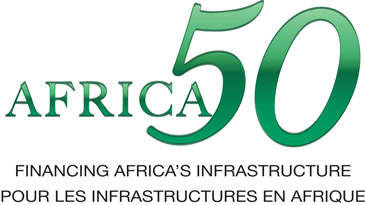 Africa50 , the new and innovative infrastructure investment platform promoted by the African Development Bank held its Constitutive General Assembly on the 29th of July 2015 in Casablanca, Morocco. Twenty (20) African countries and the African Development Bank have subscribed for an initial aggregate amount of USD 830 million in share capital. These founding African countries are Benin, Cameroon, Congo, Djibouti, Egypt, Gabon, Ghana, Ivory Coast, Madagascar, Malawi, Mali, Mauritania, Morocco, Nigeria, Niger, Senegal, Sierra Leone, Sudan, The Gambia and Togo. While this first closing was available only to African countries, it is anticipated that the second and subsequent closings will be available not only to African countries that are yet to invest in Africa50, but also non-sovereign investors both in Africa and outside Africa. The second closing is expected before the end of 2015. Speaking at this historic event, Dr. Donald Kaberuka, President of African Development Bank and current Chairman of the Boards of Directors of Africa50, said “the large presence of African States and their financial commitments are a testimony to a shared vision to find new ways to accelerate the provision of infrastructure. Africa50 will be a step change for infrastructure financing and development in Africa”. Africa50’s raison d’être is to mobilize long-term savings within and outside Africa for the financing of commercially viable infrastructure projects across Africa. Through an integrated approach, Africa50 will invest in African infrastructure projects at scale along the entire project finance value chain leveraging its innovative Project Finance and Project Development windows. The strong expression of commitment today by the African countries is a necessary first step towards attracting institutional investors, including sovereign wealth funds, pension funds, insurance companies and other sources of long-term finance around the world. Africa50’s medium term capitalization is projected to reach USD 3 billion. [caption id="attachment_19641" align="alignright" width="500"] 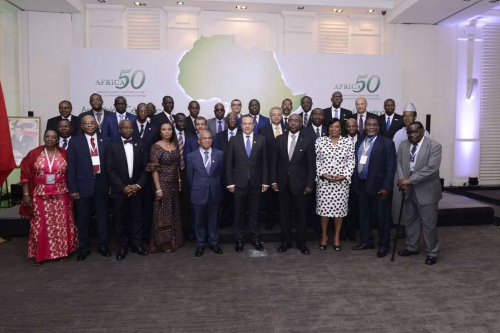 Africa50 has held its first constitutive General Assembly this Wednesday 29 July 2015 in Casablanca[/caption] During the Constitutive General Meeting, Africa50’s founding members signed the articles of incorporation, which enshrine the highest standards of corporate governance. Africa50 is headquartered in Casablanca, Morocco. A headquarters agreement was signed with the Kingdom of Morocco that confers upon Africa50 a range of privileges and immunities similar to those enjoyed by the African Development Bank. Other decisions taken at the meeting included the appointments of the members of the Boards of Directors of the Project Finance and Project Development vehicles and also the appointment of KPMG as external auditors. Mr. Mohamed Boussaid, the Minister of Finance for the Kingdom of Morocco stated that Africa50 is an idea whose time has come and that the Constitutive General Assembly is an important first step towards making it a reality. The newly elected Boards of Directors met after the Constitutive General Assembly and have launched the recruitment of the Chief Executive Officer of Africa50 through an international competitive selection process. In the meantime, the Board has appointed Mr. Alassane Ba as the acting Chief Executive Officer, as part of measures to immediately operationalize Africa50. Africa50 expects to start developing and financing projects before the end of 2015. Africa50 is an innovative vehicle promoted by the African Development Bank  and designed to help accelerate infrastructure development in Africa. Africa50 has two main operating windows: Project Financing and Project Development. Both are incorporated in Casablanca, Morocco and enjoy certain privileges and immunities. While adopting a strong public private sector approach in the development of its business, Africa50 is founded on the highest corporate governance, ethical, financial, environmental and social responsibility frameworks. *AFDB/APO]]>