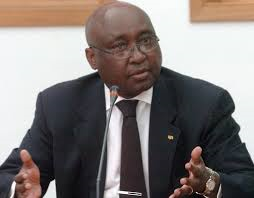 Beijing, 21 July 2015 – Africa is not a country but a continent of 54 states which, in spite of many similarities, differ from one another in many respects, African Development Bank President, Donald Kaberuka told a development think-tank in Beijing on Monday. Speaking at a round table discussion on “Investment Opportunities in Africa” organized by the Centre for China and Globalisation (CCG), Kaberuka said making this distinction has become necessary to ensure that potential business opportunities in African countries are not jeopardized by a single story line narrative whereby negative issues in one country are attributed to all 54 countries on the continent. Citing the Ebola epidemic which hit three countries in West Africa as a case in point, Kaberuka said it is unfair to use this to scare potential businesses destined for other parts of the continent. “You can find every know country typology on the African continent,” he said In the same way, it is unfair to associate China’s business relationship with Africa in terms of natural resources whereas it is varied and more sophisticated, dating back to the 1970s when the less endowed China at the time had begun to finance infrastructure projects in Africa. Having realised the fasted industrialization in history, China now has an opportunity to help Africa emulate its successes through new development vehicles that are sustainable and beneficial to both parties. The world is changing and the traditional way of doings things are no longer working, Kaberuka said, noting that development actors are ill-equipped to cope with some aspects of globalisation. “The institutions we have today for managing globalisation is lagging behind the process,” he said. The AfDB is innovating and adapting to the changing dynamics, Kaberuka said, noting that the 2008 global financial crisis would have hit Africa much harder if the Bank did not adopt counter-cyclical measures to assuage the impact of the crisis on the regional member countries. Furthermore, the situation would have been much worse if the emerging markets did not step in to avert disaster. He said the AfDB would continue to partner with countries and institutions that devise more innovative approaches to development, citing the emerging Asian Infrastructure Investment Bank (AIIB) which is designed in the same way as the Africa50 fund as the way to go. The Centre for China and Globalisation (CCG) was established in 2008, to serve as a global Chinese think-tank on development issues. *AFDB]]>