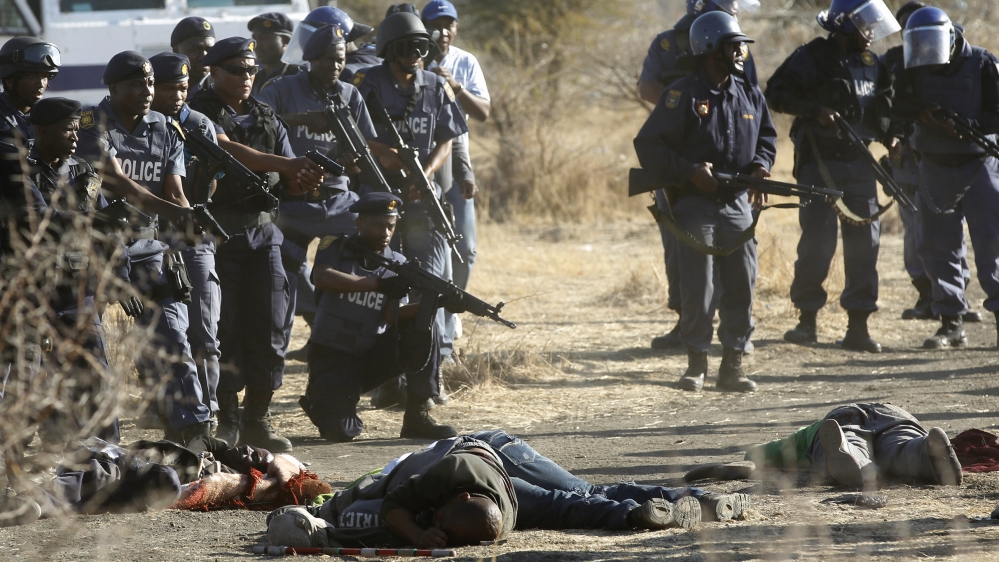 An official report on the police killing of 34 striking mineworkers in South Africa in 2012 was a “gross defamation” of those who died, an activist group has said.

The Marikana Support Campaign (MSC) criticised the Farlam Commission report, which last month cleared top government officials of any blame for the massacre.

The group said the report “squarely blames the strikers for the violence,” when police opened fire on demonstrating workers after days of angry protests at the Marikana platinum mine owned by Lonmin northwest of Johannesburg.

“The Marikana Support Campaign considers this finding as a gross defamation of the miners,” the MSC said in a statement on Wednesday.

“By tarnishing thousands of miners as being responsible for the violent acts of a few, it becomes possible to conclude that the police had reasonable grounds to shoot [the] miners.

“The evidence clearly points to an attack that was pre-planned, and the direct result of pressure from the government.”

The MSC, a coalition of civil groups representing bereaved families and survivors, said that the report should have said that 17 miners were murdered by police who then “hunted down and killed” another 17.

“Many were executed whilst surrendering,” it said, adding that police fabricated evidence by planting weapons on dead miners.

The police have maintained they acted in self-defence.

The inquiry report, released by President Jacob Zuma, has received wide criticism from opposition parties and civil society groups for its failure to hold the government, or the Lonmin mining group, responsible.

Deputy President Cyril Ramaphosa was at the time non-executive director at Lonmin, and was accused by many of having a hand in triggering the deadly police operation.

The Marikana massacre was one of the most explosive events since the end of apartheid rule in South Africa, badly damaging the country’s international reputation.

Lawyers for the victims’ families and survivors are seeking compensation from the South African government.