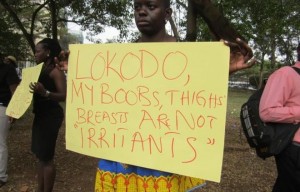 Uganda’s ethics minister, previously known for his statements on mini-skirts and homosexuality has been condemned after calling for police to raid guesthouses used for “lunchtime sex”.

Most Ugandans discussing this are wondering if such a clampdown would be the best use of police time. Harriet Nabudere, for example, says on Twitter that the minister, Father Simon Lokodo, “should deal with glaring immoralities, like graft, corruption, unlawful detention, defilement in schools etc”. Lunchtime sex in Uganda is often talked about as a joke. People laugh about how small guesthouses are the place to go for extramarital affairs. But I should be clear: Not all Ugandans are getting up to this. The best example of how it works was described to me by a woman’s rights activist, who used it as an example of the country’s double standards. She went to a hotel for lunch. When she arrived at the car park, it was packed and an attendant offered to hide her number plate. This surprised her and she said “No”. Once in the restaurant, she found it empty and she asked her friend where everyone was. The reply: “Don’t you know what’s happening? They’re all in the rooms.” Father Simon has built up a reputation for making controversial comments, and it has got to the point where some Ugandans have stopped listening to him. He has previously said that he takes free condoms out of hotel toilets because they encourage promiscuity. The condoms are part of a campaign which aims to reduce the number of new HIV infections in the country, where 7.4% of the people are HIV-positive. [caption id="attachment_18630" align="alignright" width="300"] 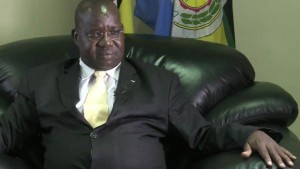 Simon Lokodo says that he talks about corruption but complains that no-one mentions that[/caption] A social media campaign began when he appeared to suggest in 2013 that mini-skirts should be banned. He has also talked about banning some NGOs that he accused of promoting homosexuality. The minister defends himself by saying he does talk about other issues like corruption but no-one focuses on those because they do not grab the headlines. And he believes safeguarding what he sees as family values is fundamental for Uganda’s future. For all the jokes, as a cabinet minister he has the ability to push for legislation that could affect people’s lives. He championed the anti-pornography act, for example, which aims to stop public indecency, and he has led televised police raids against dancers performing in music videos and clubs, saying they are too erotic. Several people have been arrested and Ugandan singer Panadol wa Basajja is facing 10 years in jail. *Source BBC]]>