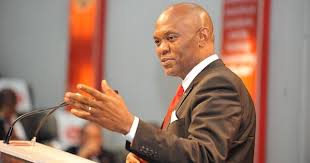 Tony Elumelu[/caption] CAPE TOWN – June 5, 2015- Two of Africa’s most prominent foundations – the Nigeria-based Tony Elumelu Foundation and the Oppenheimer family’s Brenthurst Foundation of South Africa – launched an important new book titled “Africans Investing in Africa” on the sidelines of the World Economic Forum Africa meeting in Cape Town. The 338-page book covers a range of important topics critical to Africa’s development. It provides a unique perspective of how Africans are leading the way through intra-African trade and investment, documenting how, where and why Africans invest across the continent.  The book also identifies the economic, political and social experiences that hinder or stimulate investment, and highlights examples of pan-African companies and investors. This book is the outcome of a project conceived in 2011 by the two foundations, and builds on a paper published by their respective principals – Tony O. Elumelu, CON, and Jonathan Oppenheimer – in which they first explored the depth and breadth with which African companies were expanding across the continent and contributing to Africa’s growth.  The foundations, have established records of scholarship and policy advice on issues impacting Africa’s economic growth and development.  Together, they conducted in-depth, case study-based research into why many African-owned and/or African-based companies were still struggling to succeed across multiple geographies on the continent, despite Africa’s impressive economic growth rates and overall improvements in macro-economic management. “Through my experience as CEO of the United Bank for Africa, I worked hard to expand UBA from a Nigerian bank to one that now has subsidiaries in 18 additional African countries,” said Mr. Elumelu, now Chairman of the bank.  “This experience showed me the commercial benefit of investing across Africa as well as the broader economic and even social impact the private sector can make, which was the origins of the philosophy I call ‘Africapitalism’.” The book has sixteen different contributors hailing from respected universities and research institutions in Africa, Europe and North America; all with deep knowledge of and experience in Africa.  One of the contributors, Professor Sir Paul Collier of Oxford University, writes in the book’s introduction that “this is a timely book….Africa’s economies have huge potential for growth that is more widely diffused across many sectors.  Despite softer commodity prices, during the coming decade Africa will continue to catch up with the world economy.” Covering sectors from transport infrastructure to information communication technology to private security to cement manufacturing, the book analyzes some of the leading pan-African companies to illustrate both the challenges and opportunities of intra-African trade and investment.  Jackie Chimhanzi, who works with the Industrial Development Corporation of South Africa, writes about regional economic communities and their role in facilitating more cross-border business.  Entrepreneurship expert Eric Kacou of Cote d’Ivoire covered Africa’s media and entertainment industry, highlighting emerging value chains and stalwarts like Nation Media Group of East Africa.  And Bitange Ndemo, former Permanent Secretary of Kenya’s Ministry of Information and Communications writes about how technology is facilitating more business, trade and investment between countries. 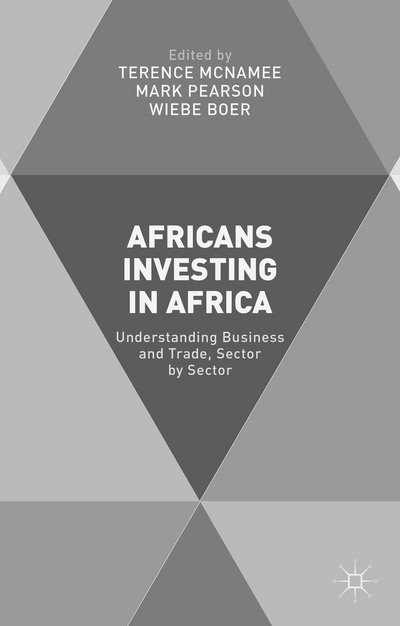 Speakers and attendees from the WEF Africa meeting were on hand to listen in on the presentations provided by the book’s editors: Dr. Wiebe Boer, Director of Strategy at Heirs Holdings and former CEO of the Tony Elumelu Foundation; Dr. Terence McNamee, Deputy Director of the Brenthurst Foundation; and Mark Pearson, an economist and expert in African affairs. *Source TEF]]>