Malaria experts and leaders from over 35 African countries gather to explore innovative strategies to move from malaria control to elimination •          Meeting convened by Novartis fosters best practice sharing and helps catalyze action to achieve new WHO objective of 90% reduction in malaria burden by 2030 •          Growing threats including inadequate funding, first signs of drug resistance, and the advance of diseases such as Ebola, could derail efforts unless addressed [caption id="attachment_18615" align="alignleft" width="335"] 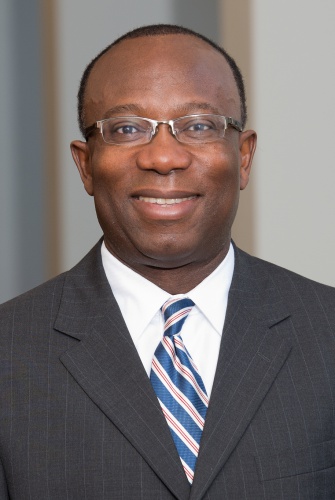 Dr. Linus Igwemezie, Head of the Novartis Malaria Initiative[/caption] Novartis (NVS)  kicks off the 14th annual National Malaria Control Program (NMCP) Best Practice Sharing Workshop today. Africa is at a crossroad in the fight against malaria and this meeting will provide the opportunity for malaria experts from over 35 countries in Africa to discuss the need for new innovative tools and strategies to achieve malaria elimination. “This discussion could not have come at a better time since we in the Southern African Development Community region are already advanced in the elimination program having earmarked eight countries in this region as pilots for the elimination campaign,” said Hon. Dr. Nazira Abdula, Minister for Health, Mozambique. The three-day workshop, convened by Novartis, with support from international organizations including the World Health Organization (WHO), The Global Fund to Fight Aids, Tuberculosis and Malaria, and the Malaria Consortium, will focus on the new WHO “Global Technical Strategy and Targets for Malaria 2016 – 2030″, which aims to accelerate progress in the fight against malaria. The NMCP heads will discuss the advances in technology made to date and how these tools can be implemented and improved to achieve the new WHO objective of 90% reduction in malaria cases and mortality rates by 2030.(1) “Novartis is proud to provide this unique platform,” said Dr. Linus Igwemezie, Head of the Novartis Malaria Initiative. “These meetings have been designed for NMCP members by NCMP members, to develop new ideas and strategies to achieve elimination of this deadly disease.” The NMCP meeting comes as the world has reached a critical juncture in the fight against malaria: Malaria mortality rates have fallen by 47% globally since 20001 and this has helped the malaria community gain growing momentum to realize that elimination is possible. Yet, new threats such as inadequate funding, the first signs of drug resistance, and the advance of diseases such as Ebola, could derail efforts unless addressed.

Dr. Simon Kunene, NMCP Head Swaziland, said “These NMCP meetings are important platforms to share best practice across the continent and drive progress. Kenya for example has made significant improvements in the quality of malaria case management since the implementation of the new policy that requires diagnostic testing prior to treatment. The same applies to the entire Southern African Development Community which has tremendously improved case management after harmonizing treatment protocols in the region. In my own country Swaziland, we have made great progress towards malaria elimination through improved disease surveillance, a critical area since it helps program managers focus their resources.” Since the first workshop in 2006, this unique event has provided a platform to share experiences and best practice in the management of malaria. Groundbreaking projects have emerged as a result of these meetings, such as the SMS for Life program to support more efficient stock management in rural health facilities, and the development of Coartem® Dispersible, the first ACT specifically tailored to infants and children (weighing 5 kg or more), which was developed in collaboration with Medicines for Malaria Venture (MMV). *APO]]>