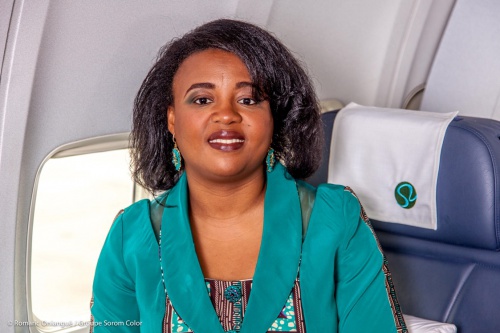 Fatima Beyina-Moussa, Directeur général d’ECAir (Equatorial Congo Airlines)[/caption] ECAir, Equatorial Congo Airlines, the national airline of the Republic of the Congo, headed by Fatima Beyina-Moussa, who is also President of the African Airlines Association (AFRAA), took part in the Planète PME trade fair at Palais d’Iena in Paris on 17 and 18 June. Organised for the last 12 years by the CGPME (General Confederation of Small and Medium-Sized Enterprises), Planète PME attracted thousands of visitors, including French President François Hollande and several members of the French government. Yvonne Adélaïde Mougany, Congolese Minister for SMEs and Handicrafts and head of the Congolese delegation, was able to talk in particular with Michel Sapin, French Minister of Finance and Public Accounts. During this exhibition, Yves Nanique, Chief Commercial Officer of ECAir, emphasised the importance of SMEs/SMIs for ECAir, which aims to become the leading airline in central Africa and has established a customer loyalty programme offering a number of benefits for businesses. Since August 2012, ECAir has offered direct service from Brazzaville to Paris on board its reliable aircraft, which meet international standards (B757 and B767). The airline of the Republic of Congo connects Brazzaville to 12 destinations, including two other intercontinental destinations: Dubai and Beirut. [caption id="attachment_18824" align="alignright" width="462"] 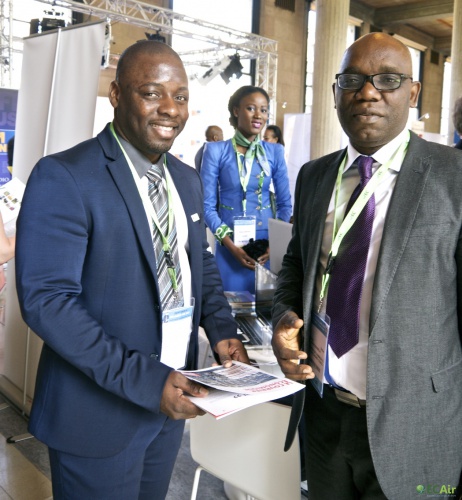 Nicolas Négoce, ECAir Communication & Public Relations manager, with Didier Mavouenzela, President of the Chamber of Commerce, Industry, Agriculture and Crafts of Pointe Noire[/caption] To draw new passengers, ECAir is also focusing on its pan-African identity, its attractive rates and its dynamic, qualified and able personnel. In addition, the company boasts one of the best customer loyalty programmes in Africa, Mboté, with over 30,000 members. In early August, ECAir, official carrier of the All-Africa Games (4–19 September in Brazzaville), will extend its regional network with the opening of service to the destinations of Abidjan, Yaoundé, Luanda, Bangui and N’Djamena. ECAir, which has already carried close to one million passengers, will be organising the 47th General Meeting of AFRAA from 8 to 10 November in Brazzaville, under the patronage of His Excellency Denis Sassou Nguesso, President of the Republic of the Congo. *APO/ECAir]]>