Wind the critically slurred legislative tape back to the first National Assembly of the Fourth Republic. It began sometime in 1999, you’d recall. That was the period the incautious yet irrepressible Chuba Okadigbo, then a brand new senator of our perpetually blighted Republic, first gave an inkling of what the legislators had in stock for an already battered people. A furniture allowance of N5m each had just been announced by one unfeeling government agency for 109 senators, and something a little less for their 360 equally rapacious partners stationed in the House of Representatives.

“What!” Nigerians screamed in ear-splitting anger. They wondered why newly elected legislators would be asking for that much for their convenience in a country that had been robbed blind and severely wrecked by the retreating military oligarchy. Typical of him, Okadigbo – Oyi as he was then widely saluted by his admirers and subjects – poured cold water on the issue by declaiming flamboyantly that if anyone cared to know, he was not in Abuja to live like a cockroach. Since that open display of arrogant indiscretion, Nigerian legislators have not looked back in their avowed journey of mindless plunder.

It has since assumed the tale of as you cut off their finger, they find new ways to adorn it with a diamond-studded ring, thus lending strong credence to the widely held view that more than being legislators, these so-called lawmakers are nothing but a terminally dependent class of Nigeria’s prebendal state. In their heedless quest for material and sensual pleasures, they have only stopped short of demanding from the state the power to keep permanent suites in the poshest hotels across the country for as long as their tenure lasts. And who says they won’t soon get to that point?

So bad it is that even in this era of clamour for a decided “change,” they are not showing any faint sign of taming the odious grab-grab mentality. There is no other name for this kind of behaviour other than pathological greed. Stretching it further to accommodate synonyms in three local languages, the Yoruba would call it iwa wobia; in Igbo they would say it’s something like anyan ukwu, while the Hausa will see it as typical halin azzalumai.

In a few days, these azzalumai of the 8th National Assembly will shamelessly stretch their hands to pocket about N9bn ($45million) – senate president, Bukola Saraki, says the figure is lower, without giving the real figure – courtesy of the Nigerian state, for what they call wardrobe allowance. Last week, it was reported that the preening new Senate President (the de facto President of the Federal Republic) was still operating from his personal residence because the N27.1bn naira ($135million) castles being built by the government for principal officers of the National Assembly were still under construction. All these in a country with a minimum wage of N18,000 (about $80); a country where more than half the states have not paid workers for months.
Whatever the real figures of the official extravagance, it is one story that leaves a sour taste in the mouth. This shameless affront or iwa wobia by our certified anyan ukwus is coming at a time of intense expectation of total break from the ignoble past, a period when citizens are yearning for new ways of running public office in Nigeria.

In this period of national emergency, of debilitating and fast dwindling national revenue, when an overwhelming population of government workers and their families are crying due to starvation occasioned by non-payment of salaries for several months, you would expect the legislators to say NO, not again; you would expect them to reject with unequivocal bluntness the imposition of any privilege, deserved or not, that seems to depict them as insensate gorgers. And this criminal and silly wardrobe allowance, certainly, is a typical example of that insensitivity.

In 2004, Robert Rotberg, the US professor of governance and foreign affairs, among other qualifications, described the Nigerian leadership as “predatory kleptocrats” and “puffed-up posturers”. We now know the class that largely informed that unflattering but apt description.
If the lawmaking business in Nigeria is truly about the people why, for instance, would a David Mark, a Bukola Saraki, an Ike Ekweremadu, a Yakubu Dogara, a Stella Oduah, a Remi Tinubu or any other legislator collect money from the state to clothe him/herself in these lean times or any other time for that matter? In the sixteen years of David Mark in the Senate (eight as Senate President) what sort of clothing has he not worn at the expense of the state that he would now again rely on the people’s money to replenish his stock? When will these people ever think of denying themselves some things in the interest of the common good? 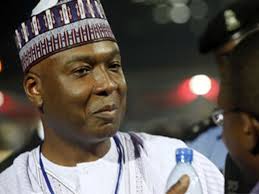 Why would a Bukola Saraki, who spent eight years as the governor of a state, been a senator for the past four years, and recently elected Senate President, not feel any scruple collecting money for what they call wardrobe allowance when there are hundreds of thousands of children orphaned by Boko Haram and homeless victims of unending ethnic/religious conflicts sleeping under sub-human conditions in makeshift Internally Displaced Persons (IDP) camps across the country without food to eat, not to talk of clothes on their backs? Who cares what legislators wear so long as at they make laws that will improve the lives of the people? They could go to the National Assembly naked for all we care! After all, most of them are flabby imposters and we don’t think their nakedness would excite anybody.

Sadly, not a whimper yet of outrage from legislators including, Ben Bruce and the boisterous Dino Melaye, who so far have been most vocal in the ironically feeble crusade to trim the cost of maintaining lawmakers in the National Assembly. Although it’s heart-warming that the duo has expressed interest in reducing the cost of governance through personal sacrifices, they must focus on the attitude of the Senate in general and its leadership in particular, if they expect to be taken seriously.

Riding around Abuja (from the National Assembly to his residence) in a black, expansive Mercedes Benz in a 15-car convoy that includes a bomb disposal vehicle, a state-of-the-art-ambulance, motorcycle outriders and a retinue of aides and security personnel, Saraki is already carrying on like a latter-day emperor, in blatant contrast to the “change” mantra on which his party, APC, campaigned and was voted in as the “governing” party.
Saraki’s Maitama neighbourhood is daily assailed by the raucous blare of siren from his long and needless convoy. This obscenity, a throwback to the David Mark era, won’t be markedly different from what obtains in the neighbourhood of Saraki’s deputy as well as those of the Speaker and his deputy. Just imagine the cost of keeping these vehicles on the road and maintaining these retinues of aides and, of course, the inconvenience for ordinary citizens!

If this is the “change” the APC talks about, then it means the “change” that brought it to power was a mere slogan. Nigerians were deceived to get their votes. President Muhammadu Buhari, the symbol of the leadership of Nigeria, surely has his work cut out for him. While we believe in the principle of separation of power, President Buhari must defy the so-called godfathers and show leadership because, in the end, he is the President of the Federal Republic.
The last time we heard from him it was that his age might affect his performance. Mr President, you were not voted to represent Nigeria at the under-17 World Cup. You were elected president to lead. Apart from showing good example, all you need to do is put the right people in the right places (a test of that will be when you send your list of ministers to the Senate), empower state institutions to do their work effectively and take bold actions in the interest of the masses.

The style of the present order must not be a carry-over of the abomination of the last 16 years. As a first step, the President should immediately meet with APC legislators in the National Assembly and impress on them the need to reject forthwith the satanic wardrobe allowance.
Onumah and Onyeacholem wrote from Abuja and can be reached at conumah@hotmail.com (@conumah) and gonyeacholem@gmail.com 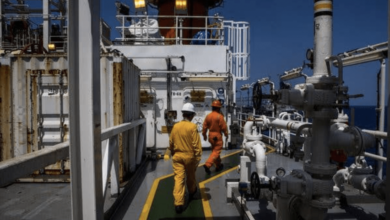