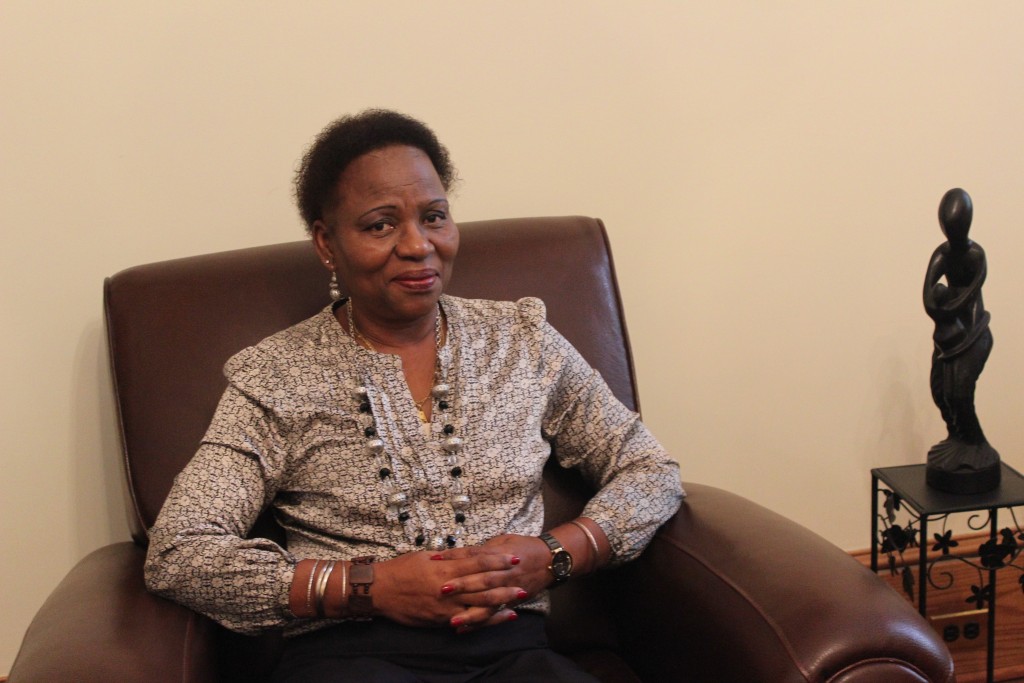 Ambassador Amelia Matos Sumbana[/caption] As Mozambique celebrated 40 years of independence on June 25, the resonating image is that of a country which has maintained strong economy indices for close to a decade now, its vast natural resources and investors tripping over each other to do business in the Southern African Nation. From Washington, DC, Ambassador Amélia Matos Sumbana says “the country is looking forward to the future with great optimism.” The Ambassador describes the air back in Mozambique as festive with President Felipe Nyusi joining in a huge celebration rally. As one of the fastest developing countries in Africa today, Mozambique in 40 years of independence has come a long way. From the war of independence, to the unquestionable progress it has made, the country is still struggling to shirk off the hangover of a devastating civil war. While the progress been made is in part due to the end of hostilities, the main protagonist in the civil still acts sometimes in the kind of erratic manner that could jeopardize peace in the country. At successive elections ,Renamo ,now an opposition cries foul with threats to take up arms again. It was no different in the recent elections won by President Felipe Nyusi. In office for six months, President Nyusi has opted for dialogue and has shown a genuine willingness to accommodate the concerns of the opposition said Ambassador Sumbana. The government meets and consults regularly with the opposition for dialogue to get consensus on the way forward for the country. Although six months may be too early to make an assessment, Ambassador Sumbana said President Nyusi is building on the work of previous leaders of Mozambique by keeping the country on the path of progress and sustainable development. https://soundcloud.com/multimedia-podcast/interview-mozambique-ambassador Despite the impressive growth rate, poverty levels in Mozambique are still a concern, but the Ambassador pointed out that sustained efforts were been made to ensure equitable distribution of wealth and resources. There are more educational opportunities been made available to people in Mozambique and more access to basic to health care. Endowed with vast natural resources which include gas and oil, Mozambique is keen to see the resources serve as a blessing and not a curse as the case has been in a number of African countries. Her country learns from the experience of others, Ambassador Sumbana said. In addition to ensuring that the resources go towards meeting the critical development needs of Mozambique, the country has aligned itself with international agencies that routinely vet the country on the way its resources are managed. [caption id="attachment_18843" align="alignright" width="640"]

President Filipe Jacinto Nyusi. Mozambique has slowly emerged as a democratic success story in Africa with peaceful transitions of power[/caption] Business is booming in Mozambique with global firms like Anadarko taking the lead in cashing in on the myriad of investment opportunities. The country has experienced a boom in housing with new infrastructure sprouting up across the country. Describing relations between Maputo and Washington as excellent, Ambassador  Sumbana said her country was open to business with all willing and credible partners. Serving as the Mozambique’s envoy to the USA since 2009, Ambassador Sumbana has lived through the challenges that her country has been through. Back in 1972, three years before the independence of her country, she was a staff for the Agricultural Research Documentation Center. She equally served as a Teacher and later as Department Head for International Cooperation at the Ministry of Education. With a Master’s Degree in Population Development, she was a Member of Mozambique’s National Parliament from 1994-2009. The affable Ambassador is a party loyalist to the core with former duties including a stint as Secretary for the ruling Frelimo’s Central Committee for International Relations. For Ambassador Sumbana, it is all about service to Mozambique and whenever there is a call from the party to serve, she will gladly do so. [caption id="attachment_18854" align="alignleft" width="600"] 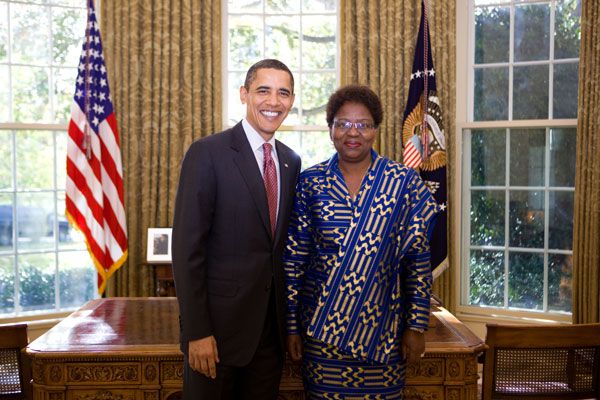 President Barack Obama welcomes Ambassador Amelia Narciso Matos Sumbana of the Republic of Mozambique to the White House on November 4, 2009, during the credentials ceremony for newly appointed ambassadors to Washington, D.C. [White House photo][/caption]After a bloody war, Mozambique obtained its independence from Portugal in 1975. Mozambican support for African groups fighting white minority governments in Rhodesia and South Africa led these countries to sponsor the rebel movement Renamo which fought the ruling Frelimo in a civil war from 1977-1992. Since the peace deal signed in 1992, Mozambique has enjoyed political stability, and made tremendous strides in economic development. The country has produced some of  the most iconic leaders in Africa. Its first President Samora Machel who died in a plane crash in 1986, remains a hero for the support he offered Africans fighting white minority rule  across Southern Africa. His successor Joachim Chissano not only worked towards the peace deal but voluntarily left power in 2005 after limiting Presidential mandates to two terms. For his role in instilling a culture of democracy and demonstrating that institutions are more powerful than personalities, Joachim Chissano was awarded the $5million Mo-Ibrahim prize for achievement in African Leadership in 2007. The tradition of two presidential terms was strengthened in January when President Armando Guebuza handed over to President Filipe Nyusi. *Ambassador Sumbana was interviewed at the Embassy of Mozambique in Washington,DC, by Ajong Mbapndah L for PAV and Ben Bangura for Allo Conakry      ]]>