Africa’s largest free-trade zone is to be created, covering 26 countries in an area from Cape Town in the south to Cairo in the north. 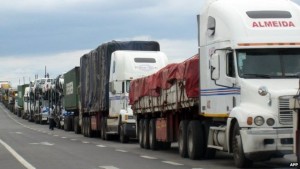 Negotiating borders can be difficult for lorries carrying goods between countries[/caption] The deal, signed in Egypt, is intended to ease the movement of goods across member countries which represent more than half the continent’s GDP. Since the end of colonial rule, governments have been discussing ways to boost intra-African trade. The poor state of roads, railways and airlines have made it difficult. Three existing trade blocs – the Southern African Development Community (Sadc); the East African Community (EAC) and the Common Market for Eastern and Southern Africa (Comesa) – are to to be united into a single new zone. The pact – known as the The Tripartite Free Trade Area (TFTA) – will then be officially unveiled at the upcoming summit of the African Union this weekend in South Africa. BBC Africa Business Report’s Lerato Mbele says the idea behind it is to remove trade barriers on most goods, making them cheaper, and stimulating $1tn (£648bn) worth of economic activity across the region of more than 600 million people. However, concluding the deal in Egypt will merely be the first step and it will need to be approved by each country’s parliament, before the wheels are set in motion, she says. It is hoped that this will happen by 2017.

Analysts says countries within a free-trade zone agree to reduce or do away with certain trade barriers within that area, but still pursue their own trade policies when it comes to outside countries. [caption id="attachment_18609" align="alignright" width="300"] 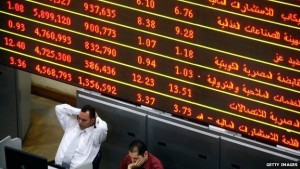 The plan is to make it easier to trade goods across Africa[/caption] Kenyan academic Calestous Juma said the move was “extremely exciting” for the continent as, once implemented, trade within Africa would increase to 30% from 12%. “The comparison with Europe is 70% of their trade is within Europe,” he told the BBC’s Focus on Africa programme. “By having larger markets, it signals the possibility of being able to manufacture products at a scale that is cost-effective. “For example, where you need large-scale investments like $200m to create a pharmaceutical factory, you couldn’t do that if you were only selling the products in one country.” He said the consolidation of financing would be another benefit of the TFTA. “As soon as banks notice that they can lend to larger investors, say in manufacturing, that will lead to the liberalisation of the financing sector, greater access to finance and more investors coming to Africa.” *Source BBC]]>