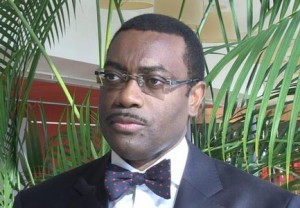 WITH elections concluded in Nigeria, we now turn our attention to the upcoming election for the next President of the African Development Bank Group, Africa’s premier development finance institution. On May 28th, leaders from across Africa and beyond will gather in Abidjan, Cote d’Ivoire to decide who will be next to lead this important organization. One of the top contenders in this race is Nigeria’s own Akinwumi Adesina, Minister of Agriculture and Rural Development. Notwithstanding his decades of work experience in over 15 countries across Africa, Dr. Adesina is best known here at home for the dramatic transformation of our agriculture sector. In a few short years, he ushered in a vibrant and prosperous agricultural industry that is well on track to revitalize Nigeria’s economy. Dr. Adesina worked tirelessly to change the perception of agriculture in Nigeria from that of subsistence to one that promotes wealth through “Agriculture as a Business” – an approach that successfully attracted $5.6 billion in private sector investment commitments to the sector. His programs promoted a value-chain approach that has improved the linkages in the sector and opened it up to vibrant economic activity. Through bold policy reforms, Dr. Adesina ended decades of corruption in the fertilizer sector by improving transparency in the supply and distribution of fertilizers and other agricultural inputs. This was achieved through his nationwide implementation of an innovative electronic wallet system, which directly provides farmers with subsidized farm inputs using their mobile phones. Within the first four years of its launch, this electronic wallet system reached 14.5 million farmers, empowering them and transforming their livelihoods. Specifically, this system supported female farmers, most of whom had been previously marginalized, often facing more difficulties accessing agricultural inputs than their male counterparts. His efforts earned praise from the Nigerian Women Farmers Association, which noted that no other Minister had worked as hard to improve the lives of women farmers. Dr. Adesina’s fertilizer distribution program was the first to achieve such positive results at scale in Africa – and indeed the world – and countries like China, Brazil, India, and several African countries like Kenya, Uganda and Cote d’Ivoire have said that they plan to develop similar programs.

And yet, his work in Nigeria is merely the tip of the iceberg. Prior to joining the Federal Government, Dr. Adesina lived and worked in 15 African countries, including 10 years in Francophone countries. He was Vice President of Policy and Partnerships at the Alliance for a Green Revolution in Africa (AGRA) where he led several innovative policy and finance initiatives that leveraged over $4 billion in bank finance commitments towards Africa’s agriculture sector. Working with Heads of State and Finance ministers, leaders of the commercial banking industry, and central bank governors across Africa, Dr. Adesina successfully led one of the largest global efforts to leverage domestic bank finance for the agricultural sector, and in doing so, contributed to lifting millions of people out of poverty. His work has not gone unnoticed. In 2012, he was conferred with Nigeria’s second highest National Honor, the Commander of the Order of Niger, for his outstanding service to his country. In 2013, Dr. Adesina won the Forbes Africa Person of the Year award for his bold reforms in Nigeria’s agriculture sector. He is the first public sector Minister in Africa to win the award. Leadership newspaper selected him as the 2013 Public Servant of the Year, for his bold policy reforms, transparency, and public accountability. In 2014, he was selected as Anti-corruption Man of the Year and Most Transparent and Accountable Minister of the Federal Republic of Nigeria by the Foundation for Transparency and Accountability. He was also selected as the Most Outstanding Minister in Nigeria by the British-Nigerian Chamber of Commerce. Should he emerge as the next President of the African Development Bank Group, he plans to continue on his drive to use his invaluable skills and vast experiences to make a positive difference in the lives of all Africans. As Dr. Adesina explained to The Guardian in a recent interview, “Despite tremendous economic and political gains in recent years, our continent is facing widening economic and social inequalities that have resulted from non-inclusive growth. Africa’s poverty rates are still the highest in the world. Our economic success needs to be shared – with prosperity for all – creating a more equal, stable, and peaceful continent.” Dr. Adesina has laid out his five strategic priorities for the continent: integrated infrastructure, private sector growth, creating jobs for youths and women, reviving the rural economy, and regional integration for shared prosperity. According to his vision statement, his approach would feature specific interventions under those priorities. Let’s examine his plan, which he shared with The Guardian. He will focus on minimizing the global widening of the infrastructure gap through “smart infrastructure” development. 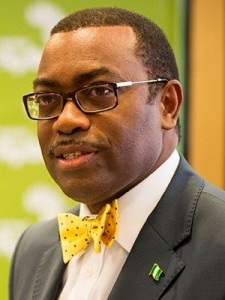