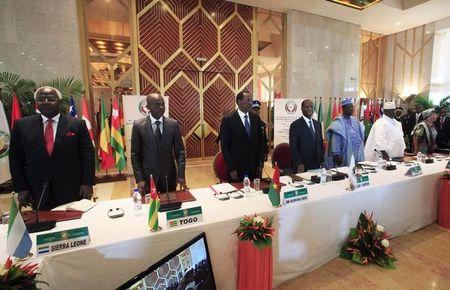 ACCRA (Reuters) – West African leaders are due to discuss a proposal aimed at limiting presidential mandates to two terms at a regional summit on Tuesday, officials said.

The talks by members of West Africa’s ECOWAS bloc come as several long-standing African presidents are approaching legal term limits. Attempts to change the law, or circumvent it, have sparked unrest in Burundi and Burkina Faso.

Mohamed Ibn Chambas, the top United Nations official in West Africa, told Reuters that countries in the region without term limits would be encouraged to introduce them.

Togo and Gambia do not have term limits.

Another official with direct knowledge of the talks said leaders would be asked to commit to protecting clauses on term limits from any broader revisions of constitutions.

ECOWAS can suspend members who do not comply with regional measures.