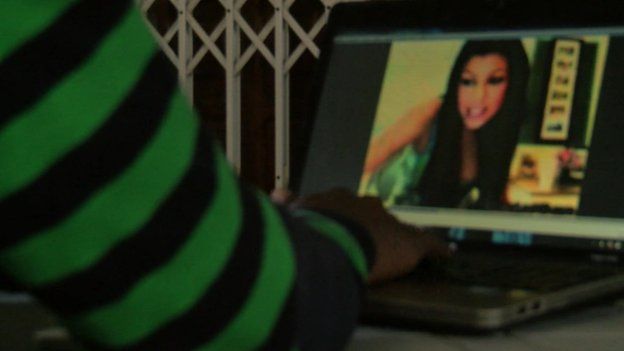 Internet fraudsters in Ghana are easy to spot. The young men in fast cars have become such a conspicuous group that they even have their own nickname. Meet the Sakawa boys.

David is 25 years old. He’s been defrauding people on the internet for the last two years. “I know it’s wrong but it gives me a lot of money,” he says. He used to sleep on the streets. Then he saw his friends in internet cafes earning money defrauding people online. A typical con is pretending to be a woman romantically interested in men from Europe, America or Asia. He learnt the trade and, with little formal education, earned enough money to rent an apartment, buy a car and have money left over to spend. But he insists the money isn’t earned easily. “Some say this work is easy but it is not.” “You have to be patient, smart, fast and cultivate trust between you and the white person”. Fraudsters like David (not his real name) pretend to be beautiful women. They play clips of the women saying hello. They then tell their targets that their microphone or speakers aren’t working so they can’t speak, they can only communicate via messages. Over time they build up a romantic relationship with them before convincing them to send them money. Others pretend to have a concession in gold, timber, securities or oil to persuade people to hand over money for their fake business arrangements. The group of fraudsters have come to be known as the Sakawa boys in Ghana, a term which means “putting inside” in the Hausa language. It’s not just a living, but a lifestyle. Sakawa boys are so renowned in Ghana that a primary school pupil can point one out – their lavish lifestyle gives them away. They can be spotted on a Saturday night in Santa Marie, a suburb of Ghana’s capital Accra. The streets are filled with unlicensed Range Rovers and Toyota Camrys. [caption id="attachment_18147" align="alignright" width="624"] 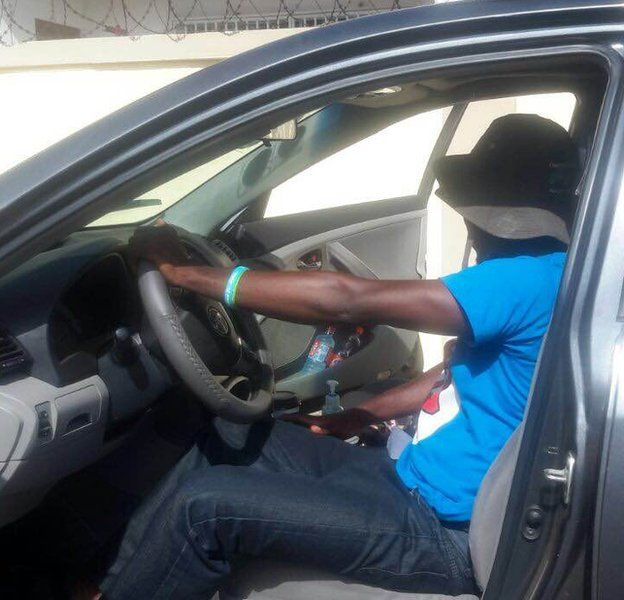 Sakawa boys are known for driving around playing loud music[/caption] Young men in tight jeans, baseball caps and flashes of gold sit with their car windows wound down and play loud music. A decade ago the term Sakawa was not even used in Ghana. Instead internet fraudsters were called Yahoo boys – a term mostly used for conmen in Nigeria. The Nigerian singer Olu Maintain released the song Yahooze in 2007. In the song he says “it’s all about the Benjamins baby”, referring to hundred dollar bills. And at gigs he started spraying money at fans. He said in an interview with Modern Ghana at the time “nobody is interested in how you got to where you are. Everybody is interested in results”. Although he said in the same interview “the song has nothing to do with yahoo”. Now the term Sakawa boy has taken over in Ghana. There is even a collection of Sakawa boy films, whose storylines often reference the use of black magic.
One reason they have taken off in Ghana is that it has one of the highest internet penetration rates in Africa. Sakawa boys are not just conspicuous consumers. Some claim they also wield considerable influence. The Ghanaian Times reports that a government minister complained that chiefs “condone and connive with such criminals” – referring to Sakawa boys. Northern Region Minister Alhaji Limuna Mohammed Muniru said he had received a death threat after issuing a directive to arrest some Sakawa boys. [caption id="attachment_18148" align="alignleft" width="624"] 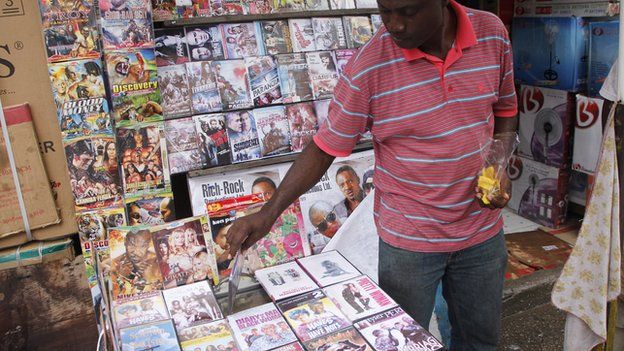 Ghanaian films have storylines about Sakawa Boys[/caption] The same minister also claimed some of the conmen had bribed a chief to rename his town either Galaxy City or La Palmas. The negative effect of Sakawa boys’ cons is felt across the country. Cybercrime contributed to Ghana being blacklisted for money-laundering by the international watchdog the global Financial Action Task Force in 2012. This dented the country’s international reputation as an investment destination. The government says those who have been victims of Ghana’s conmen should lodge formal complaints but so far, there have been few convictions – partly because of the difficulty prosecuting this type of crime, with the victims living abroad. David recognises that being a conman doesn’t help his own reputation either. But the money is too much of a lure for him to make a career change any time soon.
*Source BBC
]]>