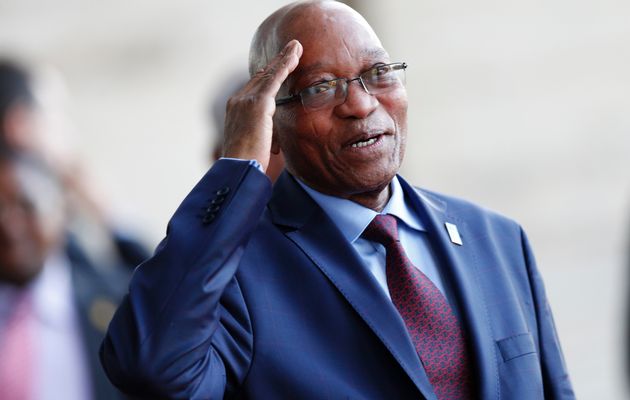 President Jacob Zuma. File photo
Image by: UESLEI MARCELINO / REUTERS[/caption] Zuma said: “We are not generally xenophobic as South Africans. We value the presence of foreign nationals in our country as many bring much needed skills. We have a responsibility to protect refugees and asylum seekers.” He said the presence of foreign tourists and businessmen was “much appreciated”. He defended government Operation Fiela which has led to the arrest of hundreds of illegal immigrants who are to be deported describing it as an “anti-crime clean up operation”. Government was “ensuring that all traders do so legally‚ which is why the police among others are targeting trade in contraband. Government will not tolerate illegal immigrants. All people should be in the country legally and be documented as required in any country.” Zuma said he did not understand why human rights organisations were opposed to the deportation of foreigners‚ saying it reminded him of the peasant saying: “God decided not to listen to us because when it was sunny we said we want rain and when it was raining we said we want sun.” “The security forces are dealing with it‚ why do we complain? The crime is too high and we must do something.” *Source Times Live/RDM News Wire]]>