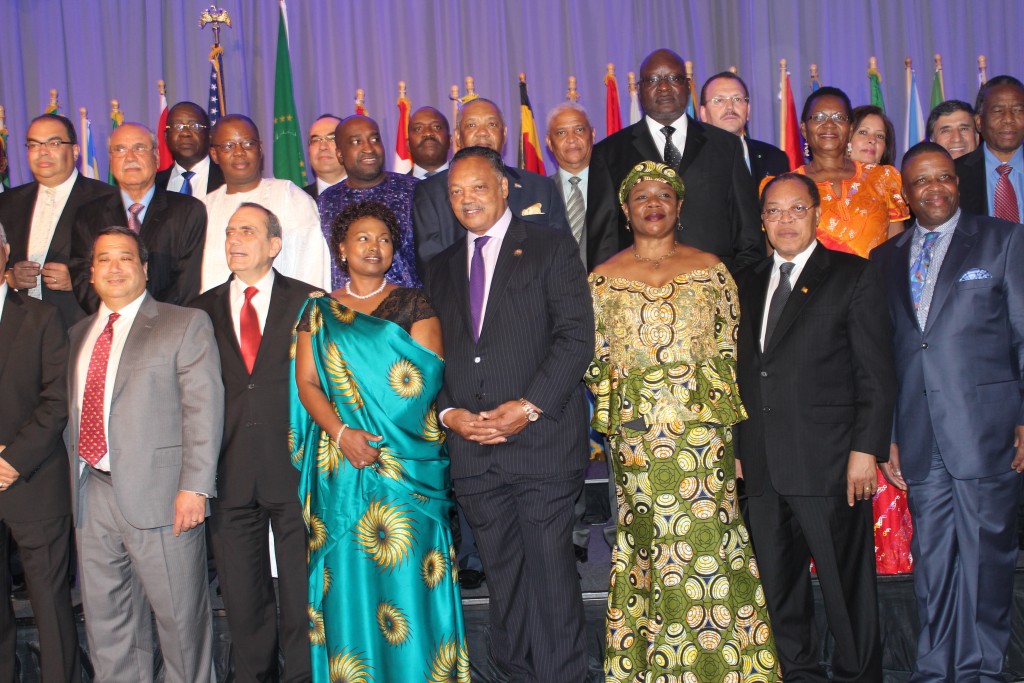 Rev Jackson and Ambassador Teitelbaum in a group photo with African Ambassadors in Washington,DC.[/caption] In celebrations to mark the 2015 African Day  in Washington, DC,  dynamic ties between the USA –Africa hailed by the Ambassador of Egypt Mohamed Tawfik. Speaking as co-Chair of the celebrations organized by the African Ambassador’s group, the Egyptian Envoy cited the last US-Africa’s Leaders’ Summit and the support that Africa continues to receive from the US in multiple forms. “The celebration is about Africa’s success”, said Ambassador Tawfik as he enumerated a litany of positive developments taking place in the continent. Africa is one of the fastest growing regions in the world he said, with life expectancy ticking up, and more children in school than at any other time. The continent is increasingly taking charge of its own security challenges and Egypt will be hosting a historic summit soon geared towards the creation of a broader Pan African free trade zone ,said Tawfik. In addition to Women serving as Presidents, and in parliament, Tawfik also cited the example of AU Chair Dlamini Zuma to highlight the progress made by women in the continent. Ambassador Donald Teitelbaum, Deputy Assistant Secretary of State at the State Department’s Bureau of African Affairs delivered the keynote speech in which he highlighted the important role women have always played in the history of Africa. [caption id="attachment_18381" align="alignright" width="586"] 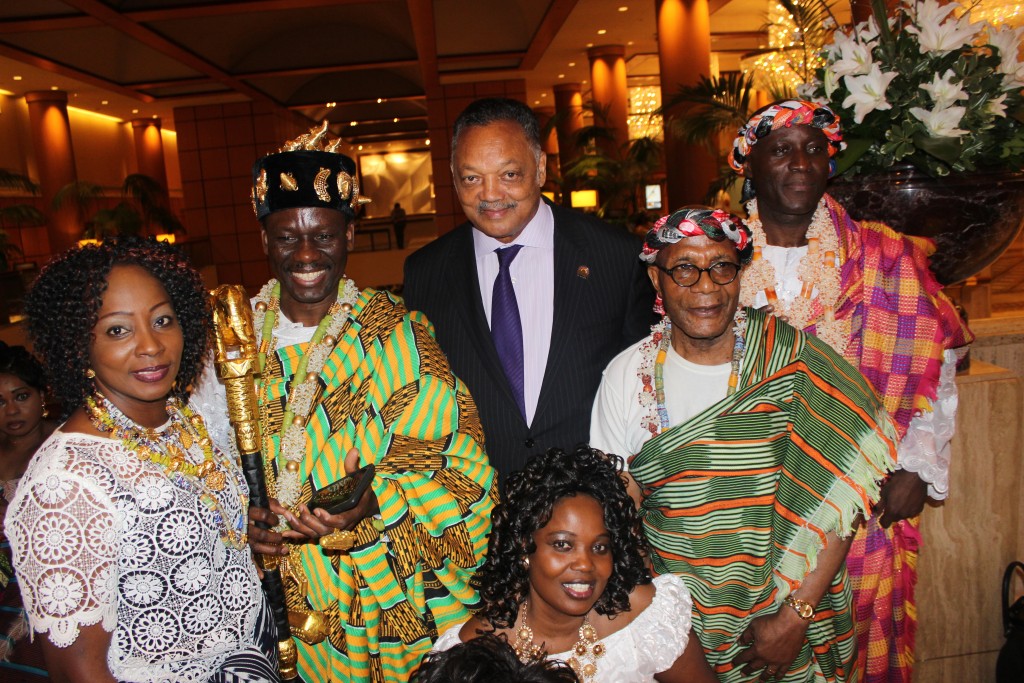 Rev Jackson poses with members of the Ivorian dance troupe that animated the celebration[/caption] Celebrated under the theme “Women Empowerment & Development towards Achieving Africa Agenda 2063”, Ambassador Teitelbaum saluted the strides that have been made by the African Union and African countries. Africa’s biggest resource is its people Ambassador Teitelbaum and no country can get ahead if half of its population is left behind. Africa represents a growing a growing market and just this year alone, there have been some 316 million new cell phone subscribers reported ,Teitelbaum said. Programs like the U.S. President’s Emergency Plan for AIDS Relief, PEPFAR, have been helpful in alleviating the health plight of women and children, said. Ambassador Mathilde Mukantabana of Rwanda who heads the African Ambassadors Group in Washington, DC, also spoke on the importance of placing women at the center of development. With Maureen Umeh of Fox TV as MC, the celebration had as special Guest the Rev Jesse Jackson ,Founder and President of the Rainbow PUSH Coalition.  Other guests from the African American Community included Melvin Foote from the Constituency for Africa, and Denise Rolark Barnes, Publisher of the Washington Informer. Sponsored by Chevron, Coca Cola, and Exxon Mobile, guests were treated to an art exhibition and entertainment performance of folk dances from Egypt, Rwanda and Ivory Coast.      ]]>