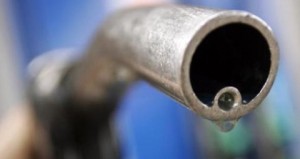 Angola will end petrol subsidies and increase the price of other fuels, the finance ministry said, after last year’s plunge in global oil prices hammered the finances of Africa’s second largest crude exporter. In February, Angola slashed spending in its 2015 budget, widened its fiscal deficit projections and said it would sharply increase borrowing. Angola imports most of its fuel due to insufficient refining capacity and it spent around 4 percent of its 2013 budget on fuel subsidies, according to Control Risks. “Gasoline now joins the free price system, ending the burden on the state of the cost of subsidies,” a ministry statement seen by Reuters on Thursday said, adding that the changes come into effect on September 30. “The ongoing effort to adopt realistic prices will help strengthen social programmes and reduce inequality, since subsidies benefit the most favoured groups and encourage fuel smuggling to neighbouring countries.” Angola has been gradually increasing fuel prices in recent months and has saved 110 billion kwanza ($1 billion) from reduced subsidies since October last year, the statement said. The price of diesel will increase by 25 percent to 75 kwanza per litre, although the state still subsidises 21 percent of the cost, the finance ministry statement said. State-oil company Sonangol will now determine the price of petrol, the finance ministry said. Angola increased the price of gasoline last September by 25 percent to 75 kwanza per litre. The International Monetary Fund, which entered a $1.4 billion loan deal with Angola in 2009, has urged the southern African country to reduce fuel subsidies to free spending for infrastructure and encourage the building of refineries. Fuel price increases have prompted widespread protests in other African countries, including Mozambique and Nigeria. Angola, which has well-funded security services, has not suffered from serious unrest after previous fuel price rises. *Source The Africareport]]>