Since General Muhammadu Buhari won the presidential election of March 28, a lot of party members have been jostling for one appointment or the other, but the general is said to be interested in technocrats and tested hands who can hit the ground running to deliver on his electoral promises. Some of the names are familiar, but will there be surprises?   By Olu Ojewale* 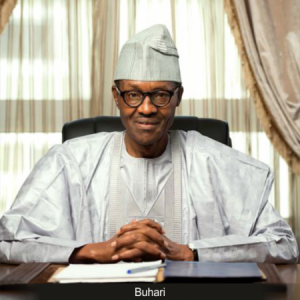 Buhari[/caption] THE rumours mill is awash with the speculations about those who will be in the cabinet of new government of General Muhammadu Buhari when he takes over on May 29. Indeed, from the information making the rounds, it is now difficult to separate facts from fiction; but as the saying goes there is no smoke without fire. In any case, from the number of names that has surfaced, it appears that the incoming All Progressives Congress, APC, federal government is going to have a big task of making its members and sponsors happy, especially if Buhari president-elect, who is taking over from President Goodluck Jonathan, is allowed to appoint technocrats into his cabinet as he has promised. Besides, Buhari has also promised to run a small government as against the current bloated administration. Whatever; names of competent persons that are likely to feature in the new administration are already being compiled. Some of these names are very difficult to controvert because of their positions and connection to the powers that be in the party. Prominent among them are Governor Raji Fashola of Lagos State; Governor Chibuike Amechi of Rivers State; Obi Ezekwesili, former minister of Education; Charles Soludo, former governor of central bank of Nigeria; Sam Ndah-Isaiah, publisher of Leadership newspapers and former presidential aspirant; Chris Ngige, former governor of Anambra State; Rotimi Akeredolu, SAN, former governorship candidate of Ondo State. Others are Tam David-West, former minister of petroleum resources; Tony Momoh, a veteran journalist and former minister of Information and Ogonnaya Onu, former governor of old Abia State.

One of the most sensitive appointments to be made by Buhari is that of the secretary to the federal government. In view of the recent election results, the party was said to have zoned the position to the South-East to give the people in the zone a say in the affairs of the country. Three persons were initially tipped for the post. They included Onu, Ngige and Amaechi. All of them are eminently qualified to hold the position, but in the political calculations the one person that seems to stand out among them is Onu, who was the national chairman of the defunct All Nigeria Peoples Party, ANPP. The former Abia State governor is generally regarded as a refined and a level-headed politician. A party source said that Ngige would have been the natural choice for the position of Senate president if he had won his re-election and not SGF. Party leaders are said to be supporting him for a cabinet seat as minister of works. However, if the appointment were to be made on the basis of financial contribution and electioneering campaigns, Amaechi would have been the obvious choice. But the governor, it is believed in some quarters, does not have the right temperament and mien for the office. He is perceived by many people as a cantankerous person, who would not give the correct image to the government. “You journalist, you already know the personality of Rotimi Amaechi, the day you make him SGF, a sensitive post at that, he automatically assumed the role of the President and will start commandeering ministers around,” Bloomberg Intelligence quoted an APC source as saying.

If Amaechi does not get the SGF position, he is expected to be considered for the post of petroleum minister. This, it is argued in the some quarters, would pacify many people in the South-South that although President Jonathan lost, one of their own is being charged with responsibility of the major revenue generating area for the nation. Crude oil accounts for more than two-thirds of government revenue and more than 90 percent of Nigerian foreign-exchange income. In an interview with Bloomberg Intelligence, Alan Cameron, an economist at Exotix Partners in London, said Amaechi could become the next Nigerian oil minister. “Given his loyalty to the APC and his important contribution to their campaign,” Cameron said. Besides, he said having someone from the region as the petroleum minister would help to maintain the relative calm in the delta since 2009 when militants attacks on the oil industry cut output by 28 percent until they accepted an amnesty offered by the late President Umaru Yar’Adua, President Jonathan’s predecessor. Apart from Amaechi, another person who may be in contest for the position of petroleum minister is David-West. The professor of virology once served as minister of petroleum and energy under the military government of General Buhari in 1984 and under General Ibrahim Babangida in 1985. David-West recently promised that under the new incoming Buhari administration, fuel would be sold at N40 per litre as against current the price of N87 per litre. Whether he is still going to be made as petroleum minister is anybody’s guess, but age is no longer on his side. The professor emeritus is 78 and may not have the energy required to deal with volatile oil issue including oil theft and vandalisation of oil pipelines which have become a big source of concern to the nation.

Another person whose age may be a barrier is Kalu. Although his actual age cannot be ascertained, he is believed to be in his mid 70s. He twice served as minister of finance in 1986 and 1994. He was also at a point minister of national planning in the late 1980s. He is said to be the brain behind the introduction of Value Added Taxation, VAT, from which government has been raking in billions of Naira every year. He is tipped for the post of finance minister. But another favourite person being tipped for the same post is Charles Chukwuma Soludo, former governor of Central Bank of Nigeria, CBN. Going for Soludo is the fact that he is young and dynamic while economic ideas of Kalu may be a bit old fashioned. However, in whatever capacity they may emerge, Kalu and Soludo are regarded as very crucial to the new administration on the economic side, especially with the dwindling oil revenue. That, perhaps, may give credence to an observation made by Wole Soyinka, a Nobel laureate, in a recent interview, when he said: “I believe that Buhari is going to choose a very strong, good team in various departments, but most especially in economy; “I think, like me, he’s an economic illiterate.” Fashola is regarded as a good material for the post of minister of justice and attorney-general of the federation if the post is not split. But another school of thought said he was being considered for the post of minister of the Federal Capital Territory, FCT. If Fashola is eventually made the FCT minister, it is that Akeredolu will be considered to be the minister of Justice, while Nda-Isaiah, who was also a presidential aspirant on the platform of the APC, is reportedly being considered to be minister of Education.

According to sources close to the APC, Ezekwesili may emerge as minister of information while Bolaji Abdullahi, former minister of Youth and Sports, may be asked to return to the same ministry. Consideration is similarly being given to the appointment of Tanimu Yakubu, who once worked as chief economic adviser in the late President Umaru Yar‘adua administration. Now, a close associate of the president-elect, Yakubu could return to serve in the new administration in the same capacity as he did during the Yar’Adua administration. The plan to appoint him as director of policy during the campaign was vehemently opposed on the allegation that such an appointment would remind Nigerians of the role he played with other members of the cabal during the time of illness of Yar’Adua. On security, it was gathered that Buhari is considering picking including two retired generals in his cabinet. One is General Chris Garba either as defence Minister, National Security Adviser, NSA, or chief of Staff and the second is General Cyril Iweze, a former Igbo officer, who served directly under Buhari in the First Division before the Nigeria Civil War. Iweze later rose in rank to lead the Nigerian troops as Commander of the ECOMOG in Liberia. He was said to have been a leading figure in the fight against the Maitatsene sect in the defunct Gongola State.

Hence, to deal with Boko Haram insurgence, Buhari is said to be considering the establishment a Special Force made of serving officers and retired officers, who would be given a mandate to finish up the Boko Haram insurgency. Buhari himself gave impetus to this when he said in a speech in Abuja, on Wednesday, April 15: “I assure you that Boko Haram will soon know the strength of our collective will and commitment to rid this nation of terror, and bring back peace and normalcy to all the affected areas…. We shall spare no effort until we defeat terrorism.” Speculation is also rife that Akinwunmi Adesina, current minister of agriculture and rural development, may be retained by the Buhari administration to continue his programme in the field. Former President Olusegun Obasanjo was said to have made a case for him. That notwithstanding, the minister has another plan for himself. He wants to be the next president of the African Development Bank, AfDB. Adesina is contesting against seven others, including Sufian Ahmed, Jaloul Ayed, Kordjé Bedoumra, Cristina Duarte, Samura M. W. Kamara, Thomas Z. Sakala and  Birama Boubacar Sidibé. Incidentally, Buhari has given his blessings to the minister’s ambition and appealed to West African countries to support him. The election which is part of the ADB’s annual general meeting, AGM, is slated for May 28 in Abidjan, Cote de’Ivoire.

Nevertheless, expectations are very high about the incoming government. As expected, Buhari cannot include everyone in the new cabinet. There are those whose image can make his government smell so bad that must not be seen to hold down any visible position. As an experienced leader, Buhari is expected to distance himself and government from them in order to be trusted. Then, there are those who are naturally king makers who would be behind the scene fixing things for him. They too are not likely to hold ministerial positions. Prominent in this category are Bola Tinubu, former governor of Lagos State and a leader of the APC, and Bisi Akande, former governor of Osun State and former interim national chairman of the party, and a host of others who may be given jobs at some parastatals.

Perhaps, not to disappoint some persons, the APC on Monday, April 20, urged Nigerians to disregard what it described as “the wild speculations” making the rounds concerning the appointment of ministers and the zoning of offices under the incoming Buhari administration. In a statement in Abuja released by Lai Mohammed, national publicity secretary of the APC, the party said there was no truth to the media publications concerning the issue of appointment, especially the zoning of the National Assembly’s principal positions and other offices. ”At the appropriate time, Nigerians will be informed of the appointments made and the offices zoned,” the statement said. Be that as it may, Nigerians are of high hopes that the new government would meet their aspirations. Whoever the administration would like to use to realise its goals, is for now its own business. The nation is obviously waiting with bated breath!