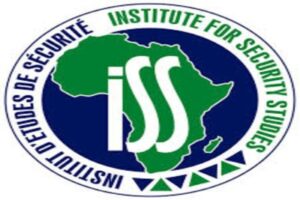 South Africa has many attributes that make it a worthy representative of Africa on the world stage, but is set to lose its first place. If Nigeria plays its cards right, it could become Africa’s only global superpower. It already has the continent’s biggest economy, a huge military budget and a fair record of regional engagement. By 2040 it will also be the fourth largest country in the world after India, China and the United States. New research by the Institute for Security Studies (ISS) shows that out of Africa’s “Big Five” powerful countries – Nigeria, South Africa, Egypt, Algeria and Ethiopia – Nigeria is “the African country with by far the greatest capabilities” to play a global role. The choice of the Big Five is based on the demographic, economic and military size of these countries, as well as their historical role as regional leaders, Johannesburg-based newspaper, the Mail & Guardian, quoted the ISS as stating. South Africa is the only African member of BRICS (Brazil, Russia, India, China, South Africa) and the G20, but it is not expected to grow in power and influence internationally and in Africa. Dr. Jakkie Cilliers, executive director of the ISS and one of the co-authors of the report

, says South Africans sometimes have the misguided impression that the country is a big military power and plays a major role in peacekeeping in Africa. Spending on defence has, however, been drastically reduced, as shown in the recent defence review. It contributes fewer peacekeepers to United Nations missions than Ethiopia, Egypt and Nigeria. “In fact, Algeria is spending the most on its military, Ethiopia is the major peacekeeper on the continent and Egypt has the biggest diplomatic power,” says Cilliers. South Africa’s economy is not projected to grow nearly as much as the rest of Africa. Population growths are much higher elsewhere on the continent, particularly in Nigeria, where it is projected to grow from 170 million to 320 million by 2040. “South Africans don’t appreciate the huge size of Nigeria’s economy,” says Cilliers. Nigeria’s gross domestic product (GDP) is projected to grow from $525 billion in 2014 to $4.2 trillion by 2040. Added to South Africa’s woes are “legitimacy problems on the continent”. “South Africa can be heavy-handed when it comes to diplomacy and there is a sense that South Africa speaks more than it listens in Africa,” says Cilliers. The ISS concludes that of the Big Five, South Africa and Ethiopia are “punching above their weight”, while Nigeria and Algeria are “punching below” theirs. Egypt is punching above its weight internationally – it has a very strong voice in the Middle East – but low in Africa. The inclusion of Ethiopia in the Big Five is controversial because it is, according to the ISS, “an authoritarian and repressive state” and in 2014 had the 11th lowest GDP per capita in Africa. However, it is growing fast and has become “a poster child for development in Africa”. It hosts the headquarters of the African Union and is the largest African contributor to UN peace missions. Algeria is also not living up to its potential given that it has by far the biggest military in Africa. Nigeria, hampered largely by domestic problems of governance and insecurity, is also under-performing. Nigeria’s military spending has, for example, increased dramatically, with an additional budget of $1 billion approved last year, but this has all been earmarked for the fight against Boko Haram. Even as last weekend’s elections in Nigeria, dubbed the most important in its history, went off smoothly, it still doesn’t mean it has made the transition to a sophisticated and mature democracy, says Cilliers. “Nigeria is the only power with the potential to be globally significant but it does not have a coherent foreign policy and its massive security and governance issues are detracting from this potential,” he says. South Africa, on the other hand, has made this transition and has many attributes that make it a worthy representative of Africa on the world stage, says Cilliers. But, if the status quo prevails, South Africa will lose its place in pole position. Angola and Morocco are important players on the continent with huge economies, but Angola is a “purely resource-driven economy” with huge inequalities and lack of democracy, while Morocco is not a member of the AU. *Source Thisday]]>