Zambia’s capital, Lusaka, is regarded as the second fastest growing city in Africa 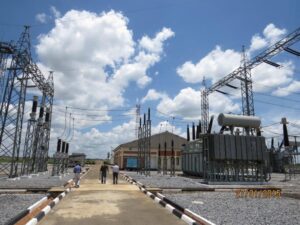 Zambia’s capital, Lusaka, is regarded as the second fastest growing city in Africa. Its electricity demand has grown at 6% per annum over the previous 10 years, with demand now outstripping the installed capacity of the power system supplying the city.

“We are excited to work with ZESCO to increase the capacity and improve the reliability of Lusaka’s electricity transmission and distribution system for the community,” Aurecon project leader Anton Harmse said.

“The creation of this transmission and distribution infrastructure will ensure the long-term sustainable operation of the network,” Harmse said.

Using experience gained on projects previously executed for ZESCO and the World Bank, the Aurecon project team will look at identifying remedial or preventative measures that can be actioned to optimise the benefits of the system upgrades.

“The large number of sub-projects and the sequential implementation of the various components of the project will require significant effort during the project planning and scheduling stages,” Harmse added.

The project is expected to be completed in 2019.

Aurecon  provides engineering, management and specialist technical services for government and private sector clients globally. With an office network extending across 26 countries, Aurecon has been involved in projects in more than 80 countries across Africa, Asia Pacific, the Middle East and the Americas and employs around 7 500 people across 11 industry groups including: Construction, Data &Telecommunications; Defence; Energy; Government; Manufacturing; Oil & Gas; Property; Resources; Transport; Water.