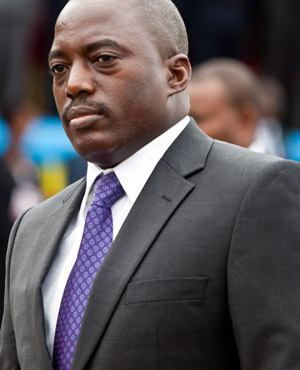 Democratic Republic of Congo Present Joseph Kabila. (AFP, File)[/caption] Washington – President Barack Obama is urging Democratic Republic of Congo’s president to hold “timely, credible and peaceful” elections that respect the country’s constitution. Obama’s call to President Joseph Kabila comes amid rising tensions in DRC, where some fear the president is attempting to prolong his time in power after his term ends next year. The White House says Obama noted that Kabila’s legacy as a leader who brought his country out of war and set it on a path toward democratic progress would be bolstered by free and fair elections. Obama said the US would remain engaged with DRC throughout the electoral process.

The White House says the two leaders also reaffirmed their commitment to ending the threat of armed groups in DRC’s region. *Source News 24]]>