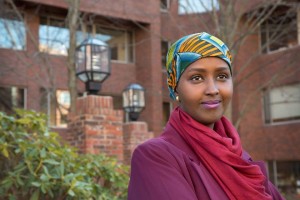 She was born in Kenya, brought up in Somalia, relocated to Finland and now studies for Masters in Public Health at Harvard University in the United States. Meet Fadumo Dayib who is aspiring to be the next president of Somalia, and above all, the first female president in the Horn of African countries. Her motivation: “I want to be Somalia’s president because I believe women have a chance to lead Somalia. Women lead the country economically, manage family budgets and are very visible in society, but they have been kept out of politics. Somalia is now ready for a female president.” In a video posted on the Internet, Fadumo exuded confidence that she is the agent of change that breathes a new sense of freedom. ‘’It’s shocking that we have a younger generation that hasn’t experienced anything but war,” she says in the emotional video that runs for five minutes, which was shared across the video-sharing platforms like the Vimeo and YouTube. She said she is the answer to the prevailing situation in Somalia. Her campaigns are centered on fighting youth unemployment, protecting minorities and improving education. “I want to breathe in hope into the youth of this country (Somalia). They can’t even imagine any other kind of future than war and destruction,” she observes. Dayib, however, is not the first Somali female contender. She was preceded by Amal Abdi Ibrahim who made an unsuccessful bid since she was slightly less than 40 years of age.   Is Fadumo Dayib aware of the dangers that lurk in the murky politics of Somalia? – “It’s very dangerous to be a politician or candidate in Somalia,” said Dayib. ”I’ve been warned many times that I could be killed if I run as a candidate.” 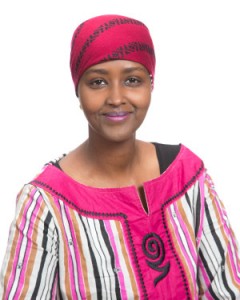 In the highly conservative Somalia, a whiff of a woman gunning for the highest office in the land is a laughable affair, but not so according to Fadumo who believes gender and clannism can never be the vehicle to successful Somalia. She said she would not identify her campaigns and aspirations to clan affiliation. She could be on the same page with the current president of the country Hassan Sheikh who similarly condemned the idea. “We should be—as Somalis—drift away from politics of clanism to a healthy one that is based on content and delivery,” he said at a conference he hosted to lay down the Vision 2016 agendas, and Fadumo seems to be cashing in on that. She is currently studying public administration at the prestigious Harvard University. Her campaign tagline “I am a 2016 Somali Presidential Candidate. At the tender age of 42 and after 25 years in the Diaspora, I have finally understood the value of walking away in order to walk back to what matters the most. I am going home to reclaim Somalia and Somaliness.” seem to be gaining traction with the Somali Diaspora community who has volunteered to drive her campaign push. Whether she will be the next president, or not she is already a figure worth looking up to. *Source Somali Current]]>