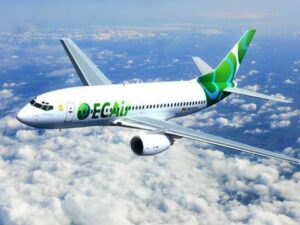 ECAir, Equatorial Congo Airlines , is continuing to expand its network. After Libreville (beginning of February), the national airline of the Republic of the Congo has just launched a route between Brazzaville and Dakar via Bamako (end of March) Flights to Bamako and Dakar are operated on Boeing 757-200 with a capacity of 148 seats (16 in Business Class and 132 in Economy); after 1 June, they will be on Boeing 737-700 (12 seats in Business Class and 112 seats in Economy). These two new destinations will round off the service offering of Equatorial Congo Airlines, which already provides services to and from Cotonou (Benin), Douala (Cameroon), Libreville (Gabon) and Kinshasa (DRC) as part of its regional network. Equatorial Congo Airlines now connects Brazzaville to eleven destinations: _ Domestic network: Pointe-Noire and Ollombo. _ Regional network: Kinshasa (river shuttle), Libreville, Douala, Cotonou, Bamako, Dakar. _ International network: Paris, Dubai, Brussels (connecting from Paris). The new Brazzaville-Dakar route via Bamako offers new opportunities to business and leisure travellers from Senegal and Mali, who will be able to connect easily with the ECAir network via its Brazzaville hub, in particular for destinations such as Paris, Dubai, Kinshasa and Cotonou…

“The new routes (Libreville, Dakar, Bamako) are the fulfilment of our efforts to connect the African economic capitals with each other and with the rest of the world,” says Fatima Beyina-Moussa, Managing Director of ECAir and President of the African Airlines Association (AFRAA). “We are going to continue our expansion with the opening of the next destinations (Yaounde, Abidjan, Bangui, N’Djamena and Beirut). All of this is possible because with Maya-Maya, we have one of the most modern airports in Africa, with a high handling capacity. We are thus benefiting from the vision demonstrated by the President of the Republic, His Excellency Denis Sassou Nguesso, and his government, when they made significant investments in the construction and modernisation of the country’s airport infrastructure.” To draw new passengers, ECAir is focusing on its African identity, its attractive rates, its reliable planes meeting international standards, and its dynamic, qualified and able personnel. In addition, the company boasts one of the best customer loyalty programs in Africa, “Mboté,” with close to 30,000 members. [caption id="attachment_17297" align="alignleft" width="266"] 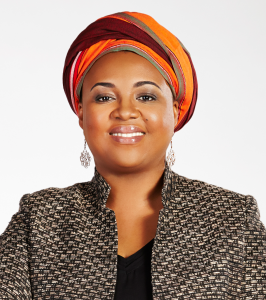 Beyina-Moussa, Managing Director of ECAir and President of the African Airlines Association (AFRAA)[/caption] ECAir, Equatorial Congo Airlines , the national airline of the Republic of the Congo, was created in 2011 and employs over 500 people. In 2014, the airline transported about 400 000 passengers. ECAir operates up to 144 weekly flights from Brazzaville (Republic of the Congo) to Paris CDG, Dubai, Cotonou, Douala, Libreville, Bamako, Dakar, Pointe-Noire and Ollombo. Equatorial Congo Airlines, which has a fleet of 7 aircraft, also created a river shuttle for passengers travelling from or to Kinshasa (Democratic Republic of the Congo) and also a shuttle between Paris CDG and Brussels. ECAir is the first Congolese airline to connect the continent directly to the Middle East, with daily flights to Dubai and Europe as well as a daily flight to Paris. For more information, visit www.flyecair.com or telephone +(33) 01 78 77 78 77 or +(242) 06 509 05 09. Our head office is located opposite Maya-Maya Airport in Brazzaville, Republic of the Congo. Take advantage of the low prices offered by ECAir: Brazzaville-Bamako: from XAF 263,000 (EUR 400) return ticket, all taxes included. Brazzaville-Dakar: from XAF 382,000 (EUR 582) return ticket, all taxes included. Brazzaville-Paris: from XAF 450,000 (EUR 686) return ticket, all taxes included. *APO]]>