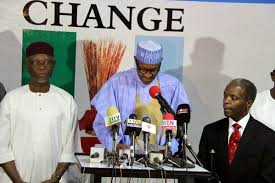 The spontaneous outpouring of emotions and celebrations that characterized the pronouncement of Muhammedu Buhari as the President-elect of Nigeria in major cities and towns across the country was clear evidence that the people wanted change. The campaign theme of the Buhari-Osinbajo ticket resonated clearly amongst a nation that successfully transitioned from the erstwhile Peoples Democratic Party (PDP) which had ruled Nigeria since 1999 to the All Progressives Party (APC) by a clear majority of almost 3 Million Votes. More importantly, it also marked the first time that the world’s most populous black country would unseat an incumbent president. Furthermore, it is the first time the so called progressives in the country will take control of the federal government. While the euphoria is clearly palpable within the citizens, the prognosis for the country is actually dim. Insecurity had become rife – the kidnapping of 276 girls by the terrorist group Boko Haram has entered its 10th Month, and the economy is in doldrums, characterized by the freefall of the Naira in the past months. News of Buhari’s election put the Naira in a rebound and the stocks gained almost 6.5% to wipe out months of decline. So what exactly is Buhari promising? As a former ruler, he was known for his intransigent stand on Corruption – a bane in Nigerian society; and that was a banner issue for him during the campaign. As Buhari said, “If we don’t kill corruption, corruption will kill us”; many expect the new government to thus put a halt to the culture of graft and public funds looting that has created a gulf between the super wealthy and the very poor. 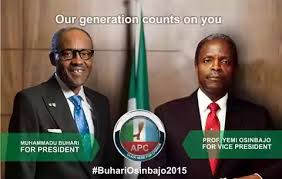 Despite Nigeria’s Oil riches, the country still suffers from abject poverty – Nigeria is home to about 110 million poor – which makes the country home to the largest number of poor people in Africa!. Buhari has pledged to tackle poverty by creating jobs and setting up social welfare schemes that cater to the poorest Nigerians. One of these schemes is a Conditional Cash Transfer that pays between N5000 – N7500 monthly to 25 Million of the poorest Nigerians as long as they send their children to school and get them immunized. This program will be phased over the four year the sure of the administration. Another program is to provide a free meal a day to children in all public primary schools in the country. This program is expected to: – Reduce the number of out of school children in Nigeria ( the highest in the world) which currently stands at about 10.3 million. – Improve the academic performances of the students as the will now be guaranteed at least one balanced diet a day. – Stimulate the agricultural industry due to the massive demand this program will have on the sector. They also intend to institute a National Health Insurance Scheme that will make basic health care services available to the people. To partake in the scheme NIGERIANS will be expected to pay between $3-$5 as yearly contribution. Buhari’s running mate and Vice President-elect Yemi Osinbajo is a Professor of Law who has served as Attorney General in Nigeria’s commercial capital – Lagos State. Many are thus encouraged that the Rule of Law will take centre stage in a country where the rich can flout it with impunity. His antecedents suggests that this tandem are equipped with the capacity and political will to begin to right the ship that is Nigeria and effect the necessary stimulus that will bring Nigerian reality closer to the potential she doubtless promises. If that happens, there’ll be more dancing in the streets. *APO]]>