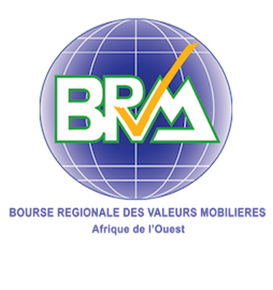 The Bourse régionale des valeurs mobilières (BRVM)  is to hold a high-level meeting at the London Stock Exchange on 28 April 2015. The conference, which will be attended, amongst others, by Ms Nialé Kaba, Côte d’Ivoire’s Minister of Economy and Finance, will provide an opportunity to present the financial centre of the West African Economic and Monetary Union (UEMOA) to international, and especially British, investors. The London Stock Exchange is Europe’s premier financial centre. “Following the success of the BRVM Investment Days in Paris in October 2014 , the British capital was the natural choice for the second round. The London Stock Exchange is developing cooperation with African finance and constitutes a real springboard for growth for the BRVM,” explains Gabriel Fal, Chairman of the BRVM’s Board of Directors. With market capitalisation having doubled in three years – standing at 7458 billion CFA francs (around USD 13.8 billion) on 31 December 2014 – and transaction volumes growing constantly, the BRVM is becoming a destination of choice for many international investors, eager to diversify their asset portfolio while simultaneously contributing to the development of African economies. “Along with Johannesburg, Lagos, Casablanca and Nairobi, our regional exchange embodies this new frontier of finance that offers safe investments with high returns,” says Edoh Kossi Amenounve, CEO of the BRVM. After a record 2013, which saw the BRVM 10 and BRVM Composite indices swell by 33.85% and 39.28% respectively, that growth was consolidated in 2014, as the BRVM 10 rose by 8.60% and the BRVM Composite by 11.23%. With two new entrants in recent months (Bank of Africa Senegal in December 2014 and Total Senegal in February 2015), the BRVM now has 39 listed companies. The last company to be floated on the exchange had been Bank of Africa Côte d’Ivoire back in April 2010. “If we add to that our inclusion in the S&P and MSCI international indices, we can see that the BRVM is now moving in a direction that is beneficial for everyone. The region’s companies are raising finance, while investors are increasing the value of savings in the UEMOA zone. Lastly, more and more citizens are becoming shareholders, which is the best way for our people to take ownership of our growth drivers and means of production,” says Edoh Kossi Amenounve. “To speed up this process, the BRVM has to attract international investors in search of emerging or pioneering financial centres. That is how we are going to deepen the market and increase its liquidity. To this end, the BRVM has brought itself into line with international standards: our market is monitored and regulated, and what is more, it is offering returns that you can’t find in the North at present,” explains Gabriel Fal. The role of the banking and finance sector in accelerating African growth, technological innovation and telecommunications as a driver of development, the rise of the middle class and the changing retail sector, and private and sovereign debt in the face of infrastructure financing challenges will be the main topics addressed at this second round of “BRVM Investment Days”. Top executives from several BRVM-listed companies (BMCE Bank, a shareholder in Bank of Africa, Ecobank, Orange, a shareholder in Sonatel, Total Senegal, Palmci, SAPH, and CFAO, a shareholder in CFAO Motors Côte d’Ivoire) will be taking part in this second round of “BRVM Investment Days”. Launched on 16 September 1998, the Bourse régionale des valeurs mobilières (BRVM) (http://www.brvm.org) is a regional stock exchange for the eight countries of the West African Economic and Monetary Union (UEMOA): Benin, Burkina Faso, Guinea-Bissau, Côte d’Ivoire, Mali, Niger, Senegal and Togo. It is headquartered in Abidjan. The BRVM comprises 39 listed companies, the three biggest stocks being Sonatel, Ecobank and Solibra. The BRVM also offers extensive bond market activity (both private and sovereign). Since 1998, more than 280 transactions have been completed, raising 3887.1 billion CFA francs (USD 7.2 billion): 644,054 billion CFA francs (USD 1.2 billion) in capital transactions and 3243.55 billion CFA francs (USD 6 billion) in bond issues *APO/BRVM]]>