Every one of Africa’s 54 member countries will vote for Sepp Blatter in next month’s FIFA presidential election, the continent’s soccer boss said on Tuesday, referring to the 79-year-old Swiss as “dear Sepp.”

In front of Blatter’s three challengers, Issa Hayatou, president of the Confederation of African Football, promised unanimous support in his speech to open CAF’s annual congress in Cairo.

“Africa is comfortable having you. Africa stays with you,” Hayatou said to Blatter, according to a transcript of his comments provided by CAF.

Blatter was present in his role as FIFA president, and made a speech to the delegates, where he praised Hayatou as “a pillar” of African football, according to CAF.

Africa is the largest of the six continental confederations and has 54 of the 209 FIFA member countries eligible to vote in the presidential election in Zurich on May 29.

Although the individual countries don’t have to follow Hayatou’s directive, the continent is expected to be a strong base of support for Blatter when he seeks a fifth term to extend a presidency that began in 1998.

Hayatou, who has led CAF since 1988 and is senior FIFA vice president, also removed a hurdle to his own possible re-election as African football head when the congress voted to remove CAF’s age limits.

Like Blatter, the 68-year-old Hayatou said his current term would be his last, but also appears ready to go back on his promise and stand again in 2017. The rule changes removed restrictions on candidates who are 70 or older running for CAF office, and mean Hayatou could stand again in two years, and maybe take his reign beyond 30 years.

CAF also elected two new members of FIFA’s executive committee: Tunisia’s Tarek Bouchamaoui and Congo’s Constant Omari Selemani. They will serve two-year terms, and not the normal four years because of another change to CAF’s statutes. From 2017, African places on FIFA’s ruling board will be decided by region, CAF said.

Jacques Anouma of Ivory Coast, who was prevented from standing against Hayatou in the last CAF presidential election, failed to keep his FIFA seat in Tuesday’s elections. Mohamed Raouraoua of Algeria, who is viewed as a possible future challenger to Hayatou, didn’t stand for re-election and also left FIFA’s executive committee.

Six members were re-elected to CAF’s executive committee, all of them unopposed.

Africa’s expected show of support for Blatter indicated that while the appetite for change at the top of world soccer is strong in Europe, it isn’t everywhere else.

The praise Blatter received in Egypt was in contrast to his uncomfortable reception at the UEFA congress in Austria last month, when his presidency was criticized by the three candidates standing against him, and some European officials.

Blatter’s three presidential challengers didn’t address CAF delegates like they did at UEFA’s congress and attended the CAF congress only as “observers,” CAF said.

Cameroon’s Hayatou, now an ally of Blatter after failing to unseat him as FIFA president in 2002, made an apparent reference to that UEFA congress.

“Dear Sepp,” Hayatou said. “I want to reiterate that here in Africa you are never on some strange or hostile territory. You shall always be at home here, on this continent.”

Blatter later gave an angry response to a reporter questioning his support of Hayatou, who has been the target of corruption allegations and was reprimanded by the IOC in 2011 for receiving money in a World Cup kickbacks scandal in the mid-1990s.

“This is an absolute disgusting declaration that you are doing here. I reject it,” Blatter told the reporter. 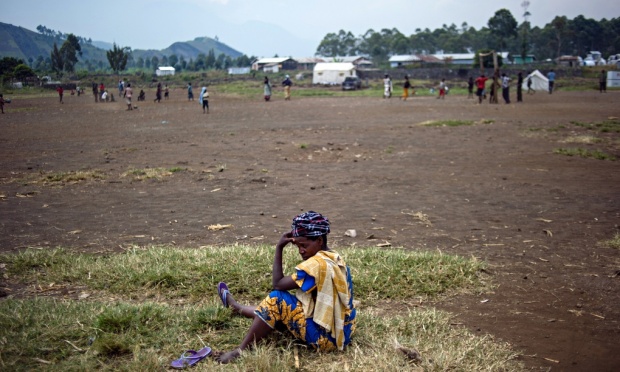 Germany to send 650 troops to Mali after hotel attack