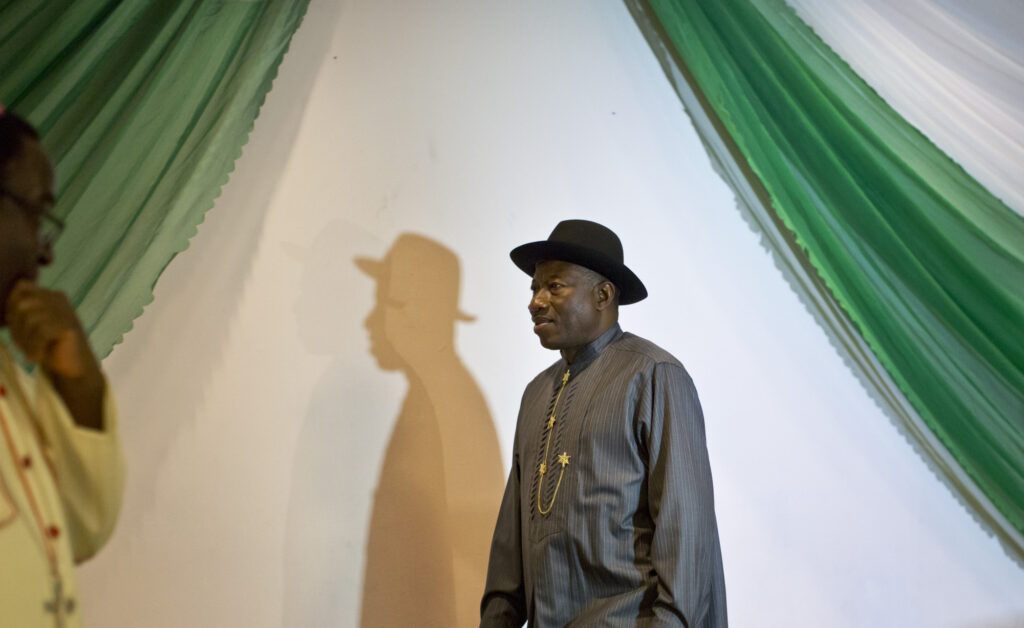 Nigerian President Goodluck Jonathan, center, arrives on stage to sign a joint renewal with opposition candidate Gen. Muhammadu Buhari of their pledge to hold peaceful “free, fair, and credible” elections, at a hotel in the capital Abuja, Nigeria Thursday, March 26, 2015. Nigerians are due to go to the polls to vote in presidential elections on Saturday. (AP Photo/Ben Curtis)[/caption] Of all the traits of great leadership, probably the most underrated is knowing when to stand down, and then proceeding to do so with resolve, grace and style. It is difficult to imagine that many aspects of Goodluck Jonathan’s tenure as president of Nigeria will be studied in leadership modules of future business school courses. Yet today he found himself standing at the crossroads of chaos or potential greatness. He chose the latter by calling new president elect Muhammadu Buhari to concede defeat in a hard fought election. It’s the first time an incumbent has been voted out of office in Nigeria’s history. It shouldn’t be remarkable that Jonathan made that call, but it is in Nigeria and he will be remembered well for it .Let’s not beat around the bush – Jonathan lost this election nearly as much as Buhari won it. The Nigerian people have spoken and from Maiduguri to Lagos, from Sokoto to Ogun, one of the most spectacular expressions of democratic will anywhere has resulted in a clear verdict – Jonathan’s six-year stay at Aso Rock is at an end.