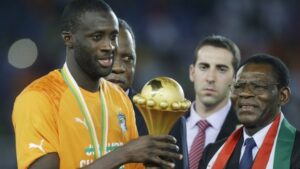 Manchester City’s Yaya Toure says he will decide about his international future with the Ivory Coast this week.

Toure captained his country to a first Africa Cup of Nations triumph since 1992 in Equatorial Guinea this year.

And the 31-year-old midfielder suggested he may now follow brother Kolo into international retirement .

“I think now my target is done,” Toure told BBC’s Sportsworld programme. “I want to wait a couple of days for what I will decide for my future.”

Toure was speaking in Ivory Coast’s largest port city Abidjan, where the African champions have just played two celebratory friendly matches – a 2-0 win over Uganda and a 1-1 draw with Equatorial Guinea.

The games were designed to honour the team’s achievement in winning the Nations Cup and also allow defender Kolo Toure and goalkeeper Boubacar Barry to say their final farewells following their retirement from internationals.

And it may be that Toure, who has just collected the Golden Lion award for Africa’s best player for the fourth year running, will be the latest to call time on his Ivory Coast career.

After making his international debut in 2004, Toure has gone on to win 95 caps for his country, scoring 19 goals. In 2014 he took over the captain’s armband when striker Didier Drogba.

He has played in six Nations Cup tournaments, suffering defeat in the final in 2006 and 2012, and appeared in three World Cups.

But after 11 years on the international scene, Toure has hinted he may step aside for the new generation.

“The time for the youngsters will come soon and we need to let them go on alone,” he said.

And with only two years left to run on his contract with his English Premier League side, Toure is understood to be weighing up whether now is the time to focus solely on his club. 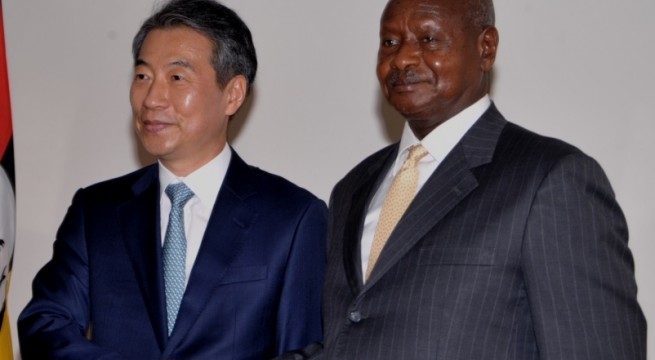 Uganda Would Be On Korea’s Development Level -Museveni

Andries van Heerden on how Afrimat is responding to COVID-19

The expulsion of the “SADR”, a non-state entity, from the African Union: a prerequisite for an effective regional and continental integration / for the premunition against separatism