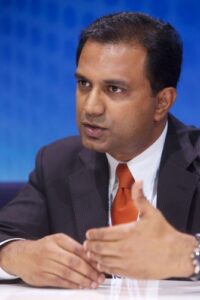 Sudhir Sreedharan, Senior Vice President Commercial (GCC, Subcontinent and Africa)[/caption] With the additional flights to Alexandria, Bujumbura, Juba and Zanzibar, airline will operate 78 flights a week to Africa Dubai-based flydubai  today announced that it is increasing the frequency of flights on some of its routes in Africa for the summer schedule. With the additional flights, flydubai will operate a total of 78 flights a week to 12 points in East and North Africa. From 29 March, flydubai will increase its service from five flights a week to daily to the capital of South Sudan, Juba and three flights a week instead of two to Bujumbura, Burundi. Zanzibar, which has seen excellent demand since the launch of the route in October 2014, will be served with four flights a week instead of two. While Alexandria in Egypt will also see flydubai increase its flights from two to three a day from June 2015. “We are delighted to offer more flights to Africa,” commented Ghaith Al Ghaith, Chief Executive Officer of flydubai. “We were the first UAE carrier to serve Bujumbura, Juba and Zanzibar. We have seen strong demand for travel across our network in Africa, and we look forward to welcoming more passengers on board our flights.” In line with growing trade and tourism ties between the UAE and East and North Africa, flydubai launched six routes to the region in 2014, doubling its network, and becoming the third biggest carrier of its category there and the first to offer a Business Class option to Dubai from destinations like Juba. . “Whether travelling for leisure or business between Dubai and Africa, we are confident that our passengers will continue to enjoy our Business Class, award-winning In-Flight Entertainment and the ability to connect on our growing network and beyond,” said Sudhir Sreedharan, Senior Vice President Commercial (GCC, Subcontinent and Africa). Commencing in September 2009, Djibouti was flydubai’s first destination in Africa. The airline today has a network of 12 points in the market including Addis Ababa, Dar es Salaam, Entebbe, Khartoum, Kigali and Port Sudan. Dubai-based flydubai  strives to remove barriers to travel and enhance connectivity between different cultures across its ever-expanding network. Since launching its operations in 2009, flydubai has: •          Created a network of 94 destinations, with 23 new routes launched in 2014. •          Opened up 57 new routes that did not previously have direct air links to Dubai or were not served by a UAE national carrier from Dubai. •          Built up a fleet of more than 45 new aircraft and will take delivery of more than 100 aircraft by the end of 2023, all of which will be Boeing 737-800s. In addition, flydubai’s agility and flexibility as a young airline has enhanced Dubai’s economic development, in line with the Government of Dubai’s vision, by creating trade and tourism flows in previously underserved markets. *APO]]>