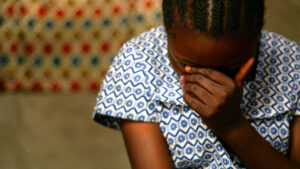 On average, one out of two girls in Malawi will also be married by their eighteenth birthday, according to the United Nations. WHEN two Ugandan public figures were arrested early this year for allegedly having sex with minors, each in their defence waved the “I-was-framed” card. The well-known pair have been charged with defiling two 16-year-olds in separate instances, accusations they deny. The age of consent, when a young person is legally able to agree to having sex, for both males and females in Uganda is set at 18, as in at least 22 other African countries. However, had the two been in some other African countries, then their alleged actions (provided the sex was consensual) would have been legal. At least 15 countries on the continent have set the age of consent for both males and females at 16. Other countries have set the age of consent for both sexes even lower. At the bottom of the league is Angola, at 12 years. The West African countries of Burkina Faso and Niger, along with the East African coastal island of Comoros, follow with 13. There are three countries with 14 as the age of consent for both males and females, while two have set theirs at 15. At 20, Tunisia is the only country which has its age of consent above 18, while its neighbours Libya, Egypt and Sudan bar any sexual activity outside legal marriage. Some countries, such as Botswana, Chad, Democratic Republic of Congo and Lesotho have separate ages of consent for males and females. Studies by human rights organisations indicate that Africa has some of the highest cases of early (or child) marriages in the world. Ideally, therefore, the age of consent laws come in handy to protect the young and vulnerable from sexual and other forms of exploitation. Malawi, for instance, according to a March 2014 report by the US-based Human Rights Watch (HRW), has one of the highest rates of child marriages in the world. “It is ranked eighth of the 20 countries that are considered to have the highest rates of child marriage by the United Nations Population Fund (UNFPA). On average, one out of two girls in Malawi will be married by their eighteenth birthday, according to the United Nations,” notes the report. In fact, according to a 2012 UNFPA report, ‘Marrying Too Young,’ some 30 of the 41 countries with a child marriage prevalence rate of 30% are in Africa. UNFPA says the practice is most severe in West and Central Africa, where two girls out of five are married before reaching age 18. Some of the affected African countries include Niger and Chad (both with the world’s highest child marriage prevalence rate of 72%), Guinea (63%), Mali (55%), Mozambique (52%), and Malawi (50%), while Madagascar, Sierra Leone and Burkina Faso have 48% each. If the practice is shown to be that rampant in such countries when the sexual age of consent is uniformly set at 18 for study purposes, then how much more severe is that and other related problems where the ages are actually lower? AU takes aim On May 29, 2014, the African Union (AU) Commission launched what it described as a historic campaign to end child marriages across Africa. The campaign, to which the AU roped in other UN agencies as partners, along with Save the Children, African Child Policy Forum and the Canadian government, was scheduled to initially run for two years in the 10 countries of Burkina Faso, Cameroon, Chad, Ethiopia, Mauritania, Mozambique, Niger, Sierra Leone and Zambia. Thereafter, according to the AU, the campaign would be rolled out to the other countries across the continent where child marriages are prevalent. At the launch, the chairperson of the AU Commission, Nkosazana Dlamini-Zuma, said: “We cannot downplay or neglect the harmful practice of child marriage, as it has long-term and devastating effects on these girls whose health is at risk.” While Dlamini-Zuma and other architects of the campaign have their intentions in the right place, the fact that different African countries have varying ages of sexual consent could prove a stumbling block to the achievement of its objectives since the countries have conflicting benchmarks. *Source mgafrica]]>