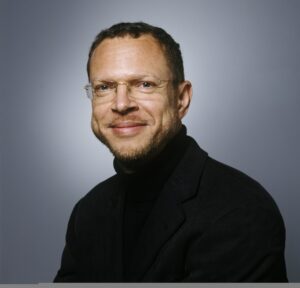 Howard W. French[/caption] Journalist and author Howard W. French and more than 150 other writers and professors sent a letter to “60 Minutes” Executive Producer Jeff Fager on Wednesday faulting the CBS News program for its “frequent and recurring misrepresentation of the African continent.” “In a series of recent segments from the continent, 60 Minutes has managed, quite extraordinarily, to render people of black African ancestry voiceless and all but invisible,” French, a former New York Times foreign correspondent, wrote in the letter, which was signed by college professors and writers from across America. French’s primary example was Lara Logan’s reporting on the Ebola crisis. “In that broadcast, Africans were reduced to the role of silent victims,” he wrote. “They constituted what might be called a scenery of misery: people whose thoughts, experiences and actions were treated as if totally without interest.  Liberians were shown within easy speaking range of Logan, including some Liberians whom she spoke about, and yet not a single Liberian was quoted in any capacity.” French also cited two segments “featuring white people who have made it their mission to rescue African wildlife.” People of black African descent “make no substantial appearance in either of these reports, and no sense whatsoever is given of the countries visited, South Africa and Gabon,” he wrote. French, who is 57 and now serves as an associate professor at Columbia University Graduate School of Journalism, spent more than two decades as a foreign correspondent at the Times, including four years covering West and Central Africa. He also lived in West Africa in the early 1980s and taught English literature at the University of Ivory Coast. In addition to a laundry list of professors, signatories on French’s letter include “Dirty Wars” producer Anthony Arnove, author Adam Hochschild, and Teju Cole, the New York Times Magazine photography critic and writer-in-residence at Bard College. French said he had no trouble getting other professors to sign on. “The long list signatories, which is still fast-growing, came together with almost no effort,” he told the On Media blog on Wednesday. “I’ve been working on Africa as a writer and journalist all my adult life, and on Sunday I sent out an email to maybe a dozen people who then shared it with others. This is the result.” French said he emailed the letter to Fager but said he has not heard back yet. He also said he emailed 60 Minutes “a few days ago… asking for a proper address for a letter like this, and the program did not respond to me.” 60 Minutes spokesperson Kevin Tedesco did not provide a comment to On Media by press time. Over email, French characterized 60 Minutes’ coverage of Africa as “narrow, blinkered and anachronistic, like that, unfortunately, of a lot of coverage elsewhere in the press on TV, and indeed in Hollywood, for that matter. Very little interest is accorded to the actual lives of Africans.” He said he centered on “60 Minutes,” specifically, because he is a “relatively frequent viewer” of the program and found Logan’s segment on Ebola “deeply shocking in the way that it eliminated Liberians themselves from the story about the Ebola crisis sweeping that country.” “This story came after a fairly extensive debate in the US about the disproportionate attention given to the relatively tiny exposure to Ebola faced in this country, compared to the toll that the disease had generated in a swath of West Africa,” he wrote. “Logan proceeds nonetheless to outdo the very worst of that kind of unbalanced coverage by going to Liberia and avoiding, or at least failing to broadcast the voices of Liberians — not even as simple victims, which would have been the easy and stereotypical thing to do.” “This got me thinking more broadly about the way the 60 Minutes franchise relates to Africa and what this says about a general and longstanding crisis in the American media’s relationship with the continent,” he continued. “To further surprise some weeks down the road, 60 Minutes did another story that used Africa as its backdrop without showing a single African, or giving even the most superficial hint of the country involved. It was a story about a white man whose mission in life is saving apes.” *Source Politico]]>