A former Governor of the Central Bank of Nigeria, Chukwuma Soludo, has reaffirmed his claim that at least N30 trillion of Nigerian money has either been stolen, diverted or unaccounted for in the last few years under Ngozi Okonjo-Iweala as finance minister.

He however said that does not include the about N8.6 trillion the African Union said is stolen from Nigeria annually.

In a statement Wednesday, Mr. Soludo said he stood by statements he made in the last one week exposing the rot in the Nigerian economy, and accusing President Goodluck Jonathan and Mrs. Okonjo-Iweala of ineptitude.

Mr. Soludo however said he would no longer release the second and third parts of his promised three-part response to Mrs. Okonjo-Iweala’s reply to his first article on the state of the economy.

In his second piece, Mr. Soludo said the government’s poor management of the economy had resulted in the loss of N30 trillion.

He said the amount did not include the estimated $40.9 billion (N8.6 trillion at parallel market exchange rate or nearly two years’ Federal Government budget) which the African Union’s (AU) recent report claims to be “stolen” from Nigeria each year.

Mr. Soludo said Wednesday he will hold fire henceforth, and that his decision followed reports quoting the minister as saying she would no longer join issues with him.

I STAND BY MY STATEMENTS

1. My attention has been drawn to statements credited to the Hon. Minister of Finance and Coordinating Minister of the Economy, Dr. Ngozi Okonjo-Iweala, in response to my latest article and call for a structured debate on the issues. According to the report, she no longer wants to join issues with me. In the circumstance of the moment, I therefore withhold parts two and three of my promised three-part response.

2. Let me also state for the avoidance of doubt that I stand by every statement I made in the two articles viz: (1) “Buhari Vs Jonathan: Beyond the Elections”; and (2) “Ngozi Okonjo-Iweala and the Missing Trillions”. In particular, I insist that over N30 trillion has either been stolen or unaccounted for, or grossly mismanaged over the last few years. This figure does not include the estimated $40.9 billion (N8.6 trillion at parallel market exchange rate or nearly two years’ Federal Government budget) which the African Union’s (AU) recent report claims to be “stolen” from Nigeria each year.

3. I wish to thank Nigerians all over the world who have been contributing to this timely debate. This is election time and it is expected that some vested interests will either choose to live in denial or attempt to politicise the issues. But from the debate so far, I am convinced that our economic management won’t be the same again. Once our managers know that the citizens will rigorously and vigorously challenge them to account, the welfare of the citizens will be better for it. Whoever wins has his job cut out for him, and to the extent that this debate has challenged the respective teams to seriously re-examine their blueprints to guarantee the security and prosperity of every Nigerian, my objective is accomplished. I love my country Nigeria, and as I said before, I won’t keep quiet again.

Once more, Nigeria must survive and prosper beyond Buhari or Jonathan!

The Return of an Ebola Survivor 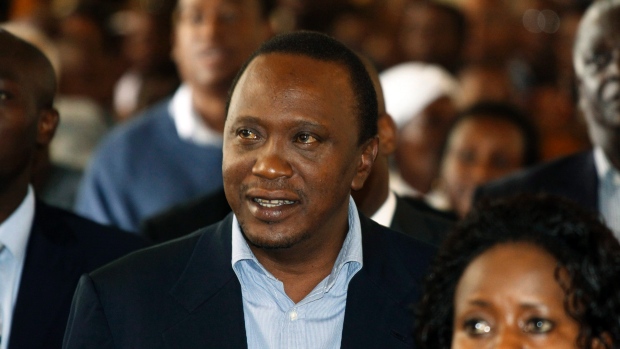