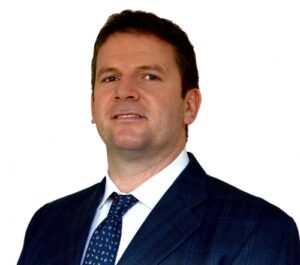 Daniel Heal, Managing Director East Africa, Control Risks[/caption] Control Risks , the global business risk consultancy, today launched its annual RiskMap report at an event for East Africa’s business leaders in Nairobi. RiskMap is an established, authoritative guide and a key reference point for policy makers and business leaders seeking to plot global trends over the coming year. RiskMap highlights the most significant underlying trends in global risk and security, and provides a detailed view from the markets that will matter most in 2015. 2015 will start to show some of the political limits to sub-Saharan Africa’s growth story. Economic growth has outpaced political reform and governments have so far failed to tackle key structural issues. •          Terrorism will continue to make headlines in Africa in 2015, but it will remain local. •          East Africa piracy levels will remain low, reflecting the decline in Somali hijack-for-ransom piracy since mid-2011. •          Large inward investment in East African energy and the prospect of a resource boom is putting pressure on political arrangements. •          The likelihood of resource-based conflict in East Africa is low. Introducing RiskMap 2015, Daniel Heal, Managing Director East Africa, Control Risks, commented: “2015 is when we will start to see some of the political limits in Africa’s growth story. Governments have so far failed to tackle key structural issues and growth usually occurs despite government rather than because of it. Kenya, as one of the best-governed countries in the region, is running big deficits and debt loads will double by 2017. “Large inward investment in East African energy is exciting, but we should remain circumspect. It is too early to say how key issues will play out, from distribution of benefits to legislative and regulatory changes in the pipeline. The likelihood of resource-based conflict is low. These industries are too early in their development to provoke conflict: there is not yet any oil to divert, and gas is harder to criminalise. If anything, the risk is that the energy industry is entering remote regions with legacy conflicts relating to control of land, access to water, and grazing rights, as in Kenya. “It is anticipated that Somalia’s Al-Shabab will lose further territory in 2015, retreating into guerrilla-style hit-and-run attacks in Somalia and potentially against major regional cities such as Nairobi, Mombasa, Kampala and Addis Ababa. *Source APO. For the full report and the map please click here: https://riskmap.controlrisks.com]]>