According to PwC’s ‘Fit for $50 oil in Africa’ analysis, Africa has seen substantial successes in the exploration for hydrocarbons over the last decade 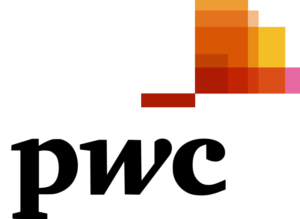 Oil & gas explorers must rethink their capital expenditure on exploration activity across the African continent in the wake of the significant drop in the global oil price, according to an analysis on the oil & gas industry in Africa released by PwC today . “Oil & gas explorers will be relooking at their budgets and deciding where to allocate their limited capital spend given the substantial decline in the oil price. Overall, low oil prices could have an impact on production undermining certain players in the market,” warns Chris Bredenhann, PwC Africa Oil and Gas Advisory Leader. The WTI price for crude oil recently plunged below US$49 per barrel, following wide-scale reports of oversupply in the US. Current reserves are reported in the press to be at their highest level in the past 80 years. According to PwC’s ‘Fit for $50 oil in Africa’ analysis, Africa has seen substantial successes in the exploration for hydrocarbons over the last decade including the entry of new country players with East Africa, joining the ranks of their West African neighbours.  In 2013 alone, six of the top 10 global discoveries by size were made in Africa – including some of the largest discoveries in the last decade in East Africa. The key to surviving the ups and downs of the cyclical oil & gas market is to learn how to adapt quickly – be more agile!   ” Oil & gas companies now need to plan for the upturn that is sure to follow to ensure that the potential boom does not go bust,” adds Bredenhann. The drop in oil prices is expected to have a significant impact on Africa, which has been grappling with the effects of long-term poverty, food shortages, HIV/AIDS, and more recently the outbreak of the Ebola virus in West Africa. The challenges facing oil & Gas companies in Africa continue to be diverse and numerous fuelled by regulatory uncertainty, fraud and corruption, poor infrastructure, and a lack of skilled resources, among others. Furthermore, Africa has one of the highest average finding costs in the world at a massive $35.01 per barrel in 2009 surpassed only by the US offshore fields which came in at $41.51 per barrel, according to the US Energy Information Administration. Africa also holds a number of technically challenging hydrocarbon prospects. Examples include deepwater sub-salt exploration activity in West Africa, waxy oil in Uganda as well as offshore exploration leases in South Africa. Bredenhann says: “While oilfield service companies will venture to cut back on spending, they will also be under extreme pressure by the oil companies to drop their prices.” According to the analysis, the following oil & gas players in the market are expected to be most likely at risk from the drop in the oil price: frontier areas, host governments, major gas projects and oilfield service companies. Frontier areas around the world are expected to suffer from delayed development in the near-term. These include technically difficult projects that require more spend than conventional production such as deepwater, sub-salt, shale gas and enhanced oil recovery ventures. Countries that may see frontier project delays include offshore South Africa, sub-salt Congo and Angola, offshore Tanzania and shale gas in South Africa. Shale gas, in particular, could move forward if the gas price were not 100% fully-indexed to oil. .  It should be noted that oil companies do not make their investment decisions based on short-term, cyclical price changes but rather on wider price trends given the long-term nature of these investments. Major African gas projects are also expected to be under increased scrutiny, as oil-linked LNG prices have dropped significantly.  “While we don’t envision that the major LNG projects in Mozambique and Tanzania will be cancelled outright,  costs are a major concern for investors,” Bredenhann says. At this time, governments would do well to place regulatory, legislative and fiscal policies in order so that they are seen as attractive regimes when the price recovers. Oilfield service companies will be hit hard globally, but Africa may be an especially vulnerable portion of their portfolios, states the analysis. Africa could pose further challenges due to difficult logistics and the lack of infrastructure. Overall exploration costs have already decreased significantly due to cost pressures, in particular seismic surveying and drilling. This is expected to lead to idle rigs as well as delayed and potentially cancelled projects. However, not all is doom and gloom. There are still numerous opportunities to invest in the industry within Africa. The greatest opportunity seems to lie within onshore exploration. There are still risks, but onshore exploration is also significantly cheaper. Tullow Oil has certainly taken note of this opportunity as it has announced that it plans to drill six basin openers in onshore Kenya during 2015. Aside from exploration, some players are moving ahead with development programmes, even though they have no plans to expand with exploration drilling. “We also see that there could be significant potential for firms that are strong in R & D,” adds Bredenhann. Lastly, there is opportunity for new players with strong balance sheets to enter the African market, potentially at a low cost. A number of issues must, therefore, be addressed. This can be done by starting with an organisational stress test including strategic, financial, operational and commercial elements. In situations of low commodity prices, many companies respond with knee-jerk cost reduction programmes. This could be more effective if they took the time to understand what specific costs are, how they compare to peers and what reductions are truly possible. Cost reduction programmes need to be targeted and realistic,” concludes Bredenhann. *Source APO]]>