President Goodluck Jonathan has doused the tension resulting from the shift of general elections to March 28 and April 11 during his presidential media chat on Wednesday, February 11, by re-assuring Nigerians that the hand-over date of May 29 is sacrosanct irrespective of who wins the presidential election   By Olu Ojewale* [caption id="attachment_16391" align="alignleft" width="300"] 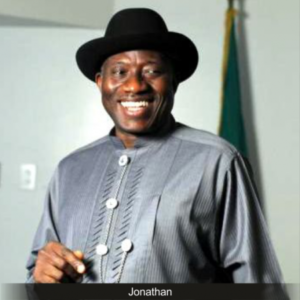 Jonathan[/caption] IT WAS somewhat a damage control exercise. At a presidential media chat on Wednesday, February 11, President Goodluck Jonathan doused the tension in the polity by assuring Nigerians that his government was ready to hold a credible election and hand over to whoever wins March 28 presidential election. Jonathan, who assured the nation that the May 29 handover date remained sacrosanct in a live telecast, said that he was not planning to either prolong his tenure or rig election. President Jonathan also dismissed the allegations that he planned to sack Attahiru Jega, chairman of the Independent National Electoral Commission, INEC. He also addressed issues on security, corruption and characters of politicians among others. Indeed, prior to shift of the polls from February 14 and 28 to March 28 and April 11, there were rumours that the president and the ruling Peoples Democratic Party, PDP, were nursing an idea to prolong the president’s tenure through the backdoor. The rumours were given more impetus when former President Olusegun Obasanjo in far away Nairobi, Kenya, was quoted as saying: “I sincerely hope that the president is not going for broke and saying ‘look damn it, it’s either I have it or nobody has it.” But Jonathan, who said such “insinuations and wrong information” were meant to discredit him by his political opponents, assured his audience that he was not desperate to remain in power. “Let me assure Nigerians that a new government will be formed on May 29. They should not be perturbed about rumours that we are planning to send Jega on a terminal leave and other rubbish that is being circulated. “In 2011, I said I will conduct a free and fair election and that if I lose, I will happily move on and that it should be recorded. Then, I just concluded the late President Umaru Yar’Adua’s tenure. I said I will be happy to go if I lose. I said this nation is more important than anybody. Anyone who wants to hold the office of president and feels he is more important than the nation is not right. “So, if as of 2011, I made a commitment that if I lose I will go, it should tell you more about my stand on free and fair elections. But now, Nigerians have given me the opportunity to be here for four good years and so if the elections are conducted and I lose, of course, we will inaugurate a new government.” According to the president, the security situation which necessitated that the shift in elections dates was grave and the president said he was not going to take the risk of allowing the country to go in flames. “During the Council of State meeting, the issue of security was emphasised and there is no way security chiefs would have disclosed all the details to everybody but they disclosed some things to me which they did not mention to others. There are two aspects to the issue of insecurity. The first is   Boko Haram and the second is the threat factor in the country. [caption id="attachment_16392" align="alignright" width="251"] 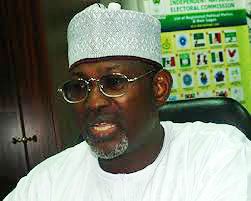 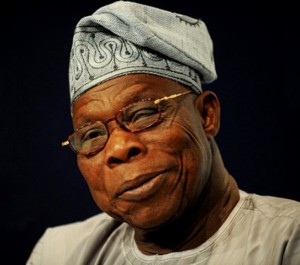 Contrarily, Victor Okhai, a lawyer and social commentator, said he was impressed by the president’s media chat, adding that he appeared more relax and confident than when he appeared on campaign trips. Okhai also said he was confident that President Jonathan would honour all his promises. “I commend him because he answered more than 80 percent of questions I would have loved to put to him. Although he may not have answered the questions most satisfactorily according to some people, I don’t have any problem with him. His conduct was not only presidential, he has shown that he knows what he is doing and that he would want to take Nigeria to a greater level.” The lawyer would want the president to hold more of the media chats in future so that the nation would be better enlightened about programmes and achievements of the government. The president similarly got kudos from Hadiza Labaran, a business woman based in Abuja. “Only a humble man with a good heart will speak in this manner in which our dear president has answered questions put to him. I sincerely believe that our president is humble and benevolent. He has the love of the nation at heart but I am sure the demons that combat him in politics are all out to frustrate all that he does. Why do we join men of low reputation as well as men who do not have the love of the nation at heart to say negative things about someone we should all encourage. This man is not all out to rule by all means. He has good intentions and he has proven that even though his intentions are good it is not a do-or-die affair. Don’t we all think that someone with this kind of heart and disposition is worth supporting? Let’s help the nation. Let’s help Goodluck Jonathan to succeed.” In the same vein, Maryam Audu, a university undergraduate, expressed support for the president, saying he had done well with the media chat and should be encouraged. “He is a true democrat and kind hearted. We will surely vote for continuity,” Audu, the Kogi-born lady, said. *Source realnewsmagazine]]>