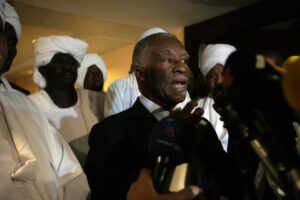 Illicit financial flows — which range from international corporations dodging taxes to the trafficking of weapons and minerals — are a barrier to creating jobs on the world’s poorest continent, according to the group headed by ex-South African president Thabo Mbeki.

“Large commercial corporations are by far the biggest culprits of illicit outflows, followed by organised crime,” said Mbeki in the report commissioned by the United Nations and African Union to study illicit cash flows.

“We are also convinced that corrupt practices in Africa are facilitating these outflows.”

Whatever the source of these illicit transfers of wealth, the impact on Africa is overwhelmingly negative and in need of a crackdown from customs, tax, business and anti-corruption authorities, the group said.

“Their (African) economies do not benefit from the multiplier effects of the domestic use of such resources, whether for consumption or investment,” the group said in its report. “Such lost opportunities impact negatively on growth and ultimately on job creation in Africa.”

African economies have been growing steadily at about five percent each year but still far below the double digit booms that have propelled economic leaps in India and China.

The West, watchdogs say, plays a major role in this drain on Africa’s resources.

“It is important to note that this isn’t just an African problem, much of the money that leaves Africa illicitly by way of corporate tax evasion or corruption ends up in banks within Europe and the United States”, said Henry Malumo, a coordinator at anti-poverty group Action Aid International.