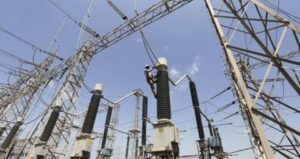 State-owned development funds from Norway and Britain have teamed up to build more power plants in sub-Saharan Africa, the funds, Norfund and CDC, said on Tuesday.

Under the deal, Norfund will buy 30 percent of power company Globeleq Africa from minority shareholders, while CDC will take a direct 70 percent interest, which it has owned so far through the Actis Infrastructure 2 Fund.

The deal is expected to closed by June.

“Norfund and CDC aim to bring more projects to the construction phase … If successful, the new strategy will result in over 5,000 MW of new generating capacity,” the partners said in a statement.

CDC and Norfund said they will focus their activities in sub-Saharan Africa, where only about 32 percent of population have access to electricity.

It has already secured deals to develop more power plants in Ivory Coast and Cameroon.

Norfund, which also has a partnership with Norwegian hydropower producer Statkraft, has invested about $700 million in power projects, including in Africa.