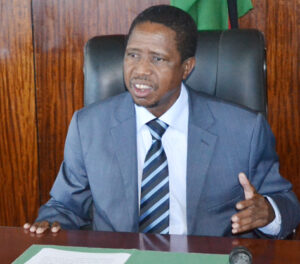 President Edgar Lungu[/caption] Won by Edgar Lungu of the ruling party and contested by some in the opposition, the major take away from the recent elections is that the democratization process in Zambia has reached a point of no return says seasoned journalist Gershom Ndhlovu.The process may not have been perfect but the elections were a step in the right direction says Ndhlovu. In an interview with Pan African Visions, Ndhlovu discusses the elections, factors that facilitated victory for Edgar Lungu, the new government ,challenges ahead and complains from the opposition. How would you describe the recent elections that took place in Zambia and what impact would you say it had on the democratization process in Zambia? As elections go, the constitutional requirement of holding an election within 90 of the death of an incumbent president, in this case, the death of President Sata on October 28, 2014, was fulfilled on January 20, 2015. The biggest handicap of the election was the apathy that characterized the whole process. First and foremost, the election was held at the height of the rain season when most places are difficult to access due to floods and poor road and bridge infrastructure in the hinterland. Secondly, most of the subsistence farmers who rely on rain for their farming, were busy cultivating their land and could not be bothered to go and vote. Even though the election results were tight with only 1.66 per cent separating the top two contenders, the pre-election management such as coverage of participating parties by state-owned media which has wider coverage, favoured the party in power. But since most of the observers declared the elections free and fair, we just have to go by that. There may be weaknesses in the electoral management process, the democratization process in Zambia has reached a point of no return. The point at which the country has reached just expects elections to be held when they are due. The process is not perfect but it is definitely a step in the right direction. What are some of the factors which helped Edgar Lungu and the ruling party to victory? The biggest factor that helped Edgar Lungu and his ruling party to win is obviously the incumbency that they went into the elections with. The late Sata was quite popular and his administration embarked on a massive road and other infrastructure development around the country. People perhaps voted hoping that the PF candidate, in this case Lungu, would continue with what Sata started in 2011. The biasness of coverage by state media in favour of the ruling party could have also contributed to the election of now President Lungu. With the elections now over, may we know priority areas that Zambians expect President Lungu to focus on? The biggest challenge on President Lungu’s hands is poverty reduction through promotion of entrepreneurship among Zambians, job creation and resource redistribution. Unfortunately, in less than a month of Lungu’s presidency, the local currency, the Kwacha has weakened markedly in relation to international currencies of the dollar and the pound. This has the potential to derail infrastructure development started by Sata. Lungu also needs to address corruption that has become rooted in public service. So far, he has not made any landmark statement addressing the issue. From the composition of the new government, is there a sense that the new leadership will take aspirations of Zambians seriously? Apart from a couple of new faces, notably those from the former ruling MMD being given full cabinet portfolios, most of the people who have been appointed into government were part of Sata’s team. So, unless, Lungu wields a stronger hand policy and direction wise, I am afraid there won’t be earth shattering changes in the management of issues affecting the Zambian electorate. A novelty in the new Government was the appointment of a female Vice President, how was this development appraised by Zambians? [caption id="attachment_16602" align="alignright" width="252"] 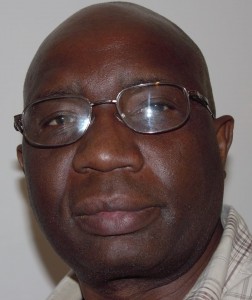 Gershom Ndhlovu[/caption] The appointment of a female Vice President in Zambia is long overdue. In fact, the next stop should be for a female president. The appointment of Mrs Inonge Wina was generally applauded by the citizenry. But, of course, cognizance must be taken of her role as PF national charman in the election of Lungu as the party’s candidate at the shambolic party national convention which was marred by all manner of confusion ranging from one faction holding a parallel convention and suspensions and counter-suspensions. Wina sided with Lungu all along. How did Guy Scott fare as transitional leader and what role does he play now that he is out of government? Sadly, Guy Scott’s tenure as transitional leader was overshadowed by the problems in the ruling party some of which I highlight above. But generally, as far as managing state affairs was concerned, he did very well. He wanted transparency in the elections with all participants receiving fair coverage and treatment. However, some of the challenges are deep-rooted. Scott, a founder member of the PF, is still an MP of the metropolitan constituency of Lusaka Central. I am sure he will decide his political future in the lead up to the presidential and parliamentary elections. Not much is known about Edgar Lungu outside of Zambia, what kind of leader is he and why did he insist on keeping the Defence Portfolio? Not much was known about Lungu in Zambia apart from the fact that he had risen from political obscurity in 2011, to acting president in the few months leading to Sata’s death. He was not even among those jostling to take over the mantle even if Sata had lived up to 2016. He came forcefully to the forefront when Sata dismissed his once powerful party national secretary Wynter Kabimba and replaced him with Lungu. It is too soon to know what type of leader he is within the last four weeks. Zambians are just getting to know him day by day. For his maintaining the defence portfolio, it is difficult to say why he arrived at that decision. Speculation is that he wants to keep tight control of the contracts that come with the portfolio with its massive budget allocation. Where opposition leaders who cried foul just been sour losers or there had genuine grievances? It would not be fair to call the losers sour losers. Zambia’s electoral system needs a massive overhaul ranging from the printing of ballot papers currently done outside the country, to the use of the Zambian Airforce in ferrying ballot materials to and from far-flung polling centres.Some grievances may have been frivolous but many others were genuine. Thanks so much for the interview sir You are welcome.]]>